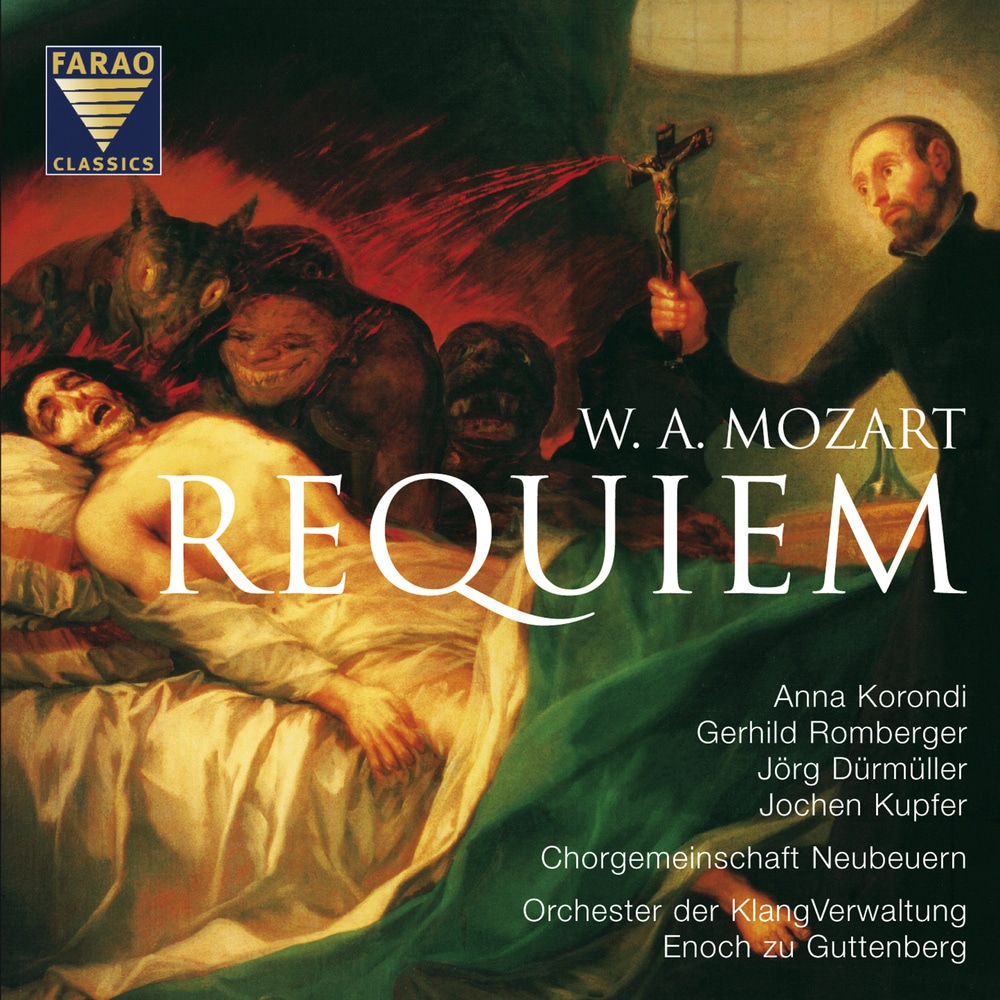 The Requiem is W.A.Mozart’s last composition. He died before he could finish it.

In July 1771 Mozart received from a secretive messenger the commission to compose a Requiem mass. Mozart worked intensively, passionately, and with all his energy on this lucrative commission. It was at this time that Mozart contracted a fell disease. Showing signs of pain and suffering, Mozart is said to have spoken of death and to have been convinced that it was his own Requiem that he was working on. Little did he know that it was for Count Franz Walsegg von Stuppach that he was working, who wished to create a memorial to his late wife. On December 5th 1791 whilst working on the Requiem, Mozart died of rheumatic fever. Mozart’s wife, plagued by financial worries commissioned Franz Xaver Süssmayr, a pupil and assistant of Mozart, to finish the score.

Enoch zu Guttenberg’s interpretation of this sonorous Requiem rings out in his own typical and unmistakable style: inexorable, heart-stirring and powerful. "Religious music should not serve commercialism, but be food for the soul" says the conductor. And so it is not surprising that in this performance we have a recording that lies somewhat off the beaten track. Among its special characteristics are: a concentrated sense of drama, an imposing atmosphere, heart-felt conviction – in short, a documentation of death which is most moving.

Enoch zu Guttenberg, an unreserved Christian, has a special place in his heart for this Requiem. In his opinion it was only in two works that Mozart identified himself with the religious content so intensively: the Great Mass in C Minor, and this Requiem. So it was a special blow of fate that he was unable to complete either of them.
88.2 kHz / 24-bit PCM – Farao Classics Studio Masters