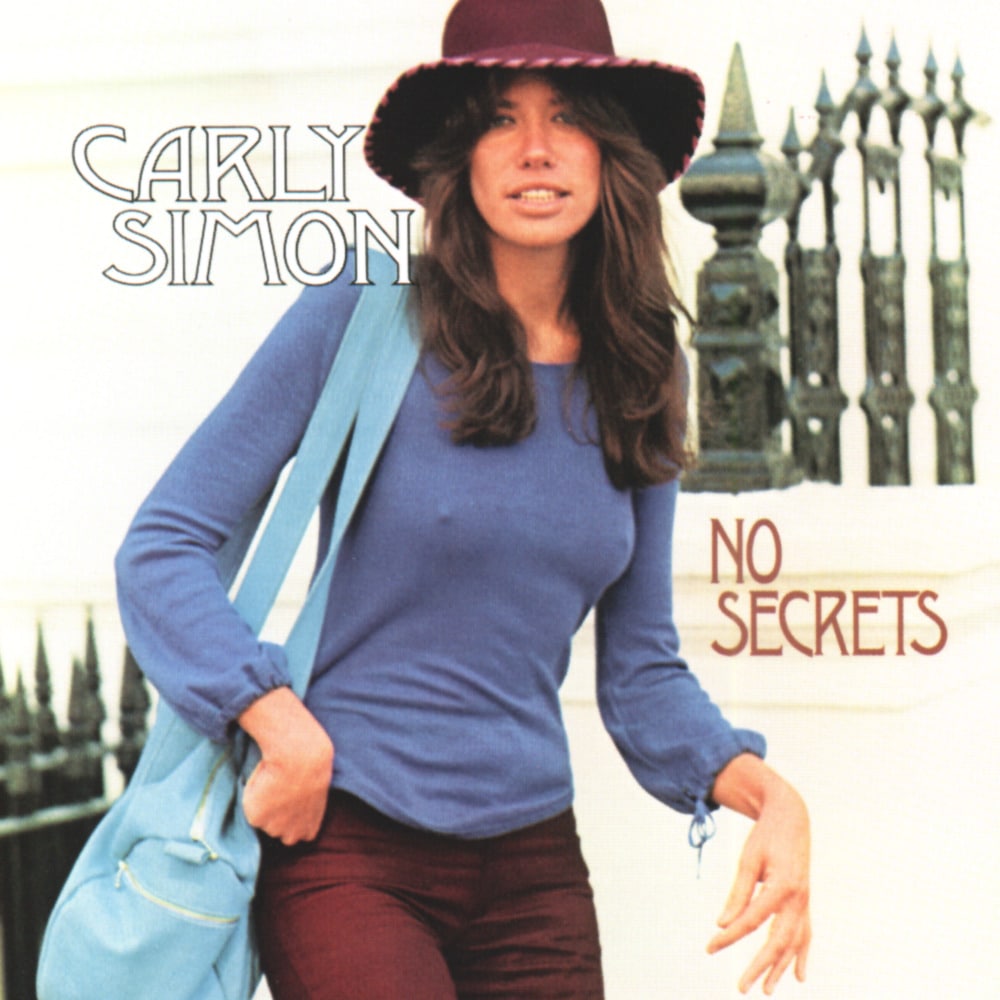 "Carly Simon’s third album comes handsomely dressed by super-producer Richard Perry and boasts many illustrious helpers. In the degree of its intelligence and forthrightness it is the equal of its predecessors. [...] Everything Carly does is likable for her radiant vocal personality. She has the whitest of white voices and uses it well, singing full throat with faultless enunciation. Her almost literal note-for-note phrasing of songs is uniquely ingenuous."
- Rolling Stone

No Secrets is the third studio album by American singer and songwriter Carly Simon, released on November 28, 1972 by Elektra Records. The album was Simon's commercial breakthrough. It spent five weeks at number one on the US Billboard 200 chart and quickly went Gold, as did its lead single, "You're So Vain".

At the invitation of producer Richard Perry, Simon recorded the album at Trident Studios in London, where Perry was keen for Simon to work with engineer Robin Cable. Trident Studios had previously been the venue for the recording of notable albums including The Beatles' White Album, David Bowie's Space Oddity and Elton John's second album.
192 kHz / 24-bit, 96 kHz / 24-bit PCM – Rhino/Elektra Studio Masters