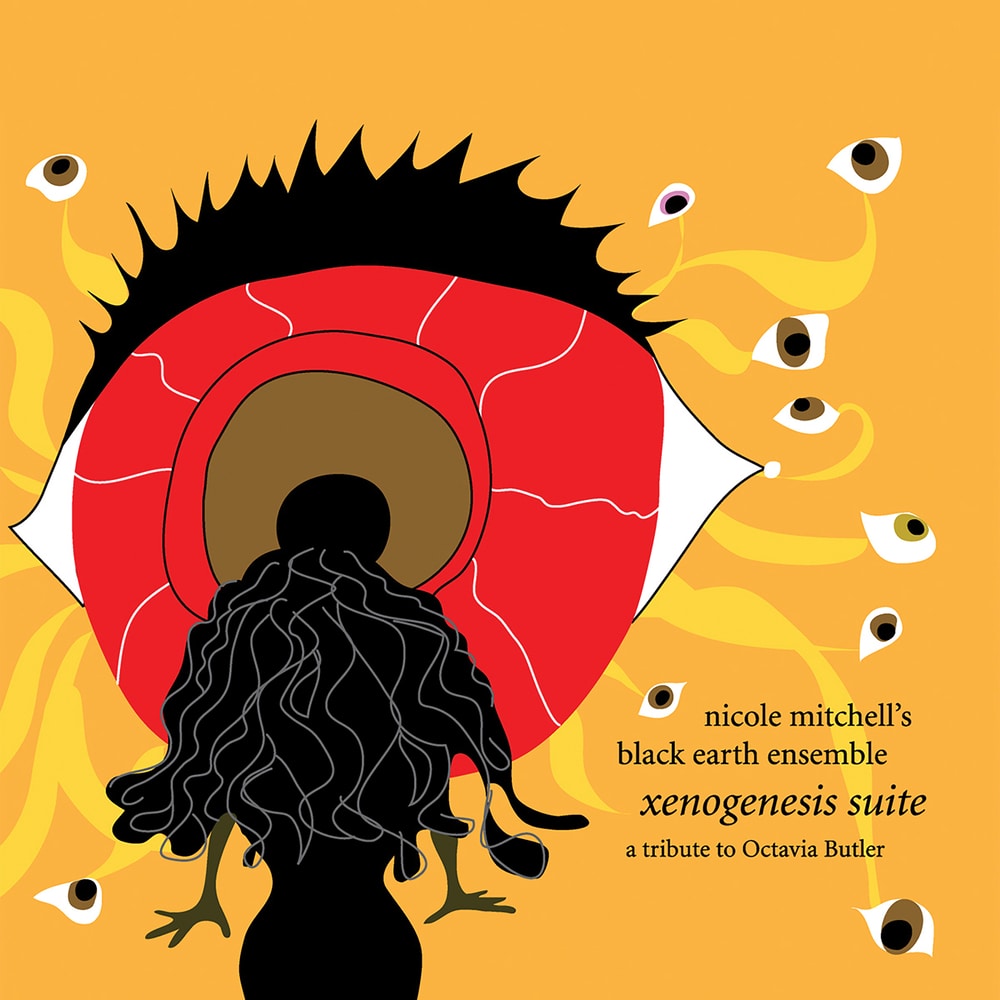 Available in 44.1 kHz / 24-bit AIFF, FLAC audio formats
Xenogenesis Suite: A Tribute to Octavia Butler is the new studio recording of Chicago-based flutist/composer Nicole Mitchell's extended work of the same name, inspired by the work of Afrofuturist writer Octavia Butler (1947 - 2006), a Hugo, Locus and Nebula Award winner and the first science fiction author to receive the MacArthur Foundation "Genius" Grant. The piece, realized by her decade-old group, Nicole Mitchell's Black Earth Ensemble, received its world premiere in June 2007 at the 12th annual Vision Festival in New York and was performed again at the Chicago Cultural Center in December 2007. "Brooding and sometimes harrowing," explains the Chicago Reader's Peter Margasak in an August 2007 feature article, "[Xenogenesis Suite] combines lyrics and nonverbal vocals with jagged, dissonant instrumental arrangements to convey the story of a black woman abducted by aliens after humanity nearly kills itself off in a nuclear war - her captors need to interbreed with other species to remain genetically viable, and she's asked to recruit other humans to help."
44.1 kHz / 24-bit PCM – Firehouse 12 Records Studio Masters