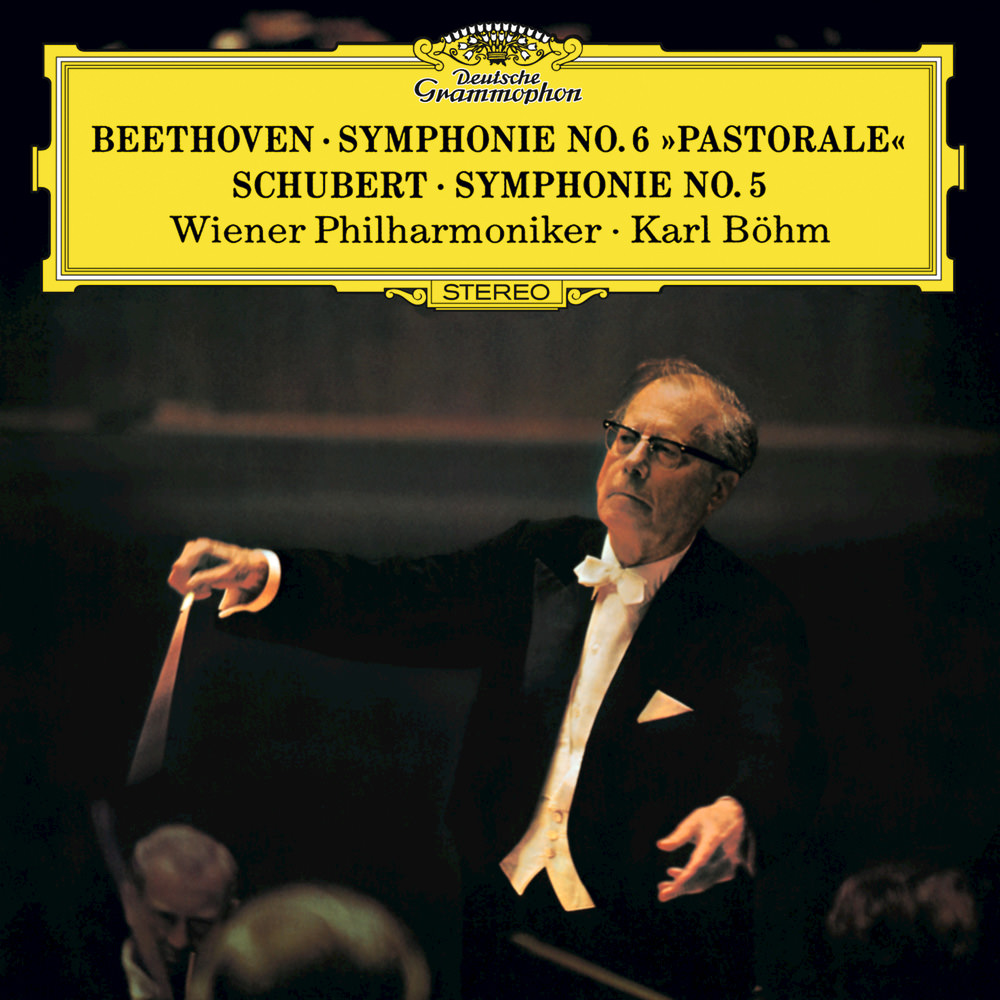 Available in 96 kHz / 24-bit AIFF, FLAC high resolution audio formats
"... (Böhm's Pastoral) is as fine as any, a beautiful, unforced reading, one of the best played and (in its day) one of the best recorded. It still sounds fresh in its current reissue ..." - The Penguin Guide to Recorded Classical Music "These performances never have gotten the credit they deserve ... this Pastoral always has been considered a reference version, with playing from the Vienna Philharmonic that is exceptionally beautiful, interrupted only by that whale of a storm." - ClassicsToday.com "... (Böhm's) Beethoven is a compound of earth and fire. His reading is generally glorious and it remains one of the finest accounts of the work ever recorded ... (the Schubert is) a superb version of this lovely symphony, another work that suited Böhm especially well. The recording is splendid. If you admire Böhm this is a worthy way to remember his special gifts." - Gramophone This famous 1971 recording of Beethoven's Sixth by the Wiener Philharmoniker under Karl Böhm, now considered a reference, has been called one of the best versions ever recorded and one of Böhm's greatest career performances. On this programme it is paired with Schubert's Symphony No. 5, a 1979 recording which Gramophone praised as a "superb version of this lovely symphony."
96 kHz / 24-bit PCM – DG Studio Masters