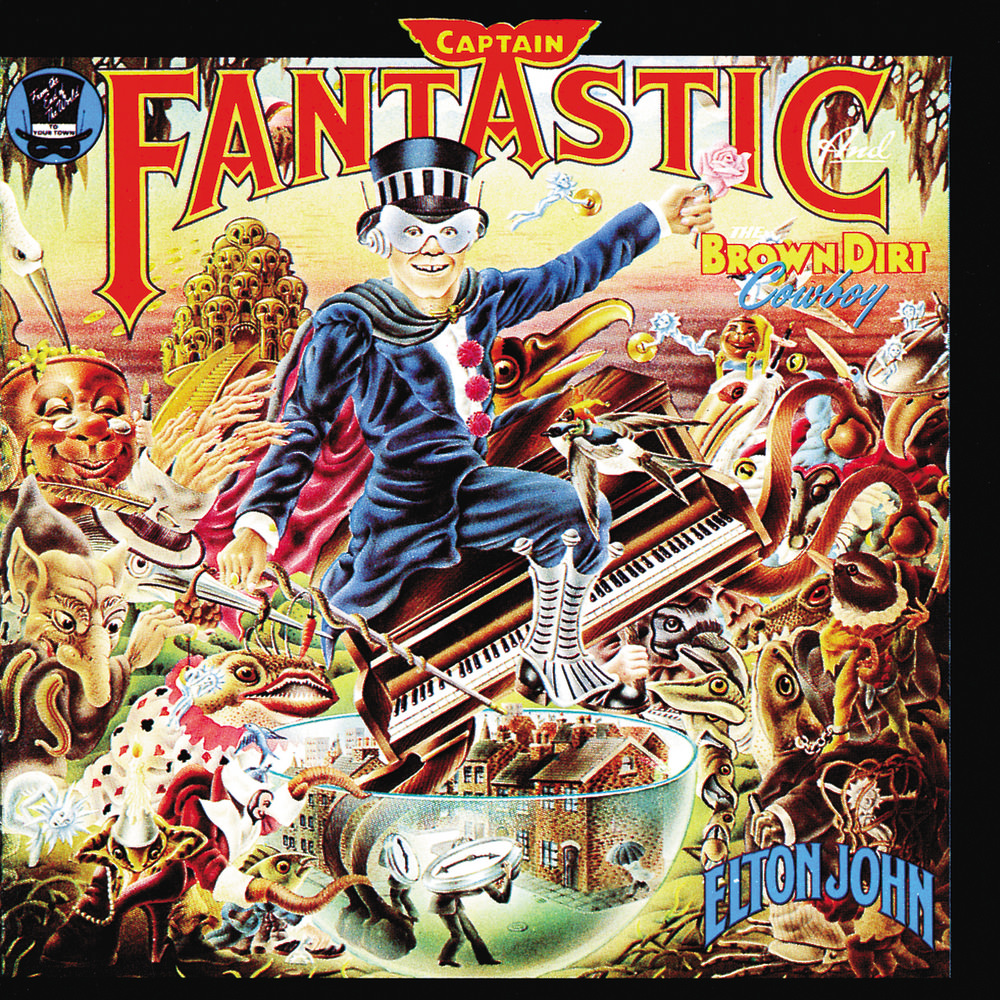 "... one of Elton John's best albums. He hasn't tried to top past successes, only to continue the good work he's been doing. And he's succeeded, even taking a few chances in the process ... as long as Elton John can bring forth one performance per album on the order of Someone Saved My Life Tonight, the chance remains that he will become something more than the great entertainer he already is and go on to make a lasting contribution to rock."
- Rolling Stone

Written as an autobiographical concept album detailing the creative relationship between Elton John and lyricist Bernie Taupin, Captain Fantastic And The Brown Dirt Cowboy was both a critically acclaimed tour de force and a major commercial success, earning two Grammy nominations, hitting number one and selling over three million copies in the US. This edition contains three bonus tracks, including the huge hit Philadelphia Freedom.

"I've always thought that Captain Fantastic was probably my finest album because it wasn't commercial in any way. We did have songs such as Someone Saved My Life Tonight which is one of the best songs that Bernie and I have ever written together, but whether a song like that could be a single these days, since it's (more than) six minutes long, is questionable. Captain Fantastic was written from start to finish in running order, as a kind of story about coming to terms with failure, or trying desperately not to be one. We lived that story."
- Elton John
96 kHz / 24-bit PCM – Universal Music Group Studio Masters