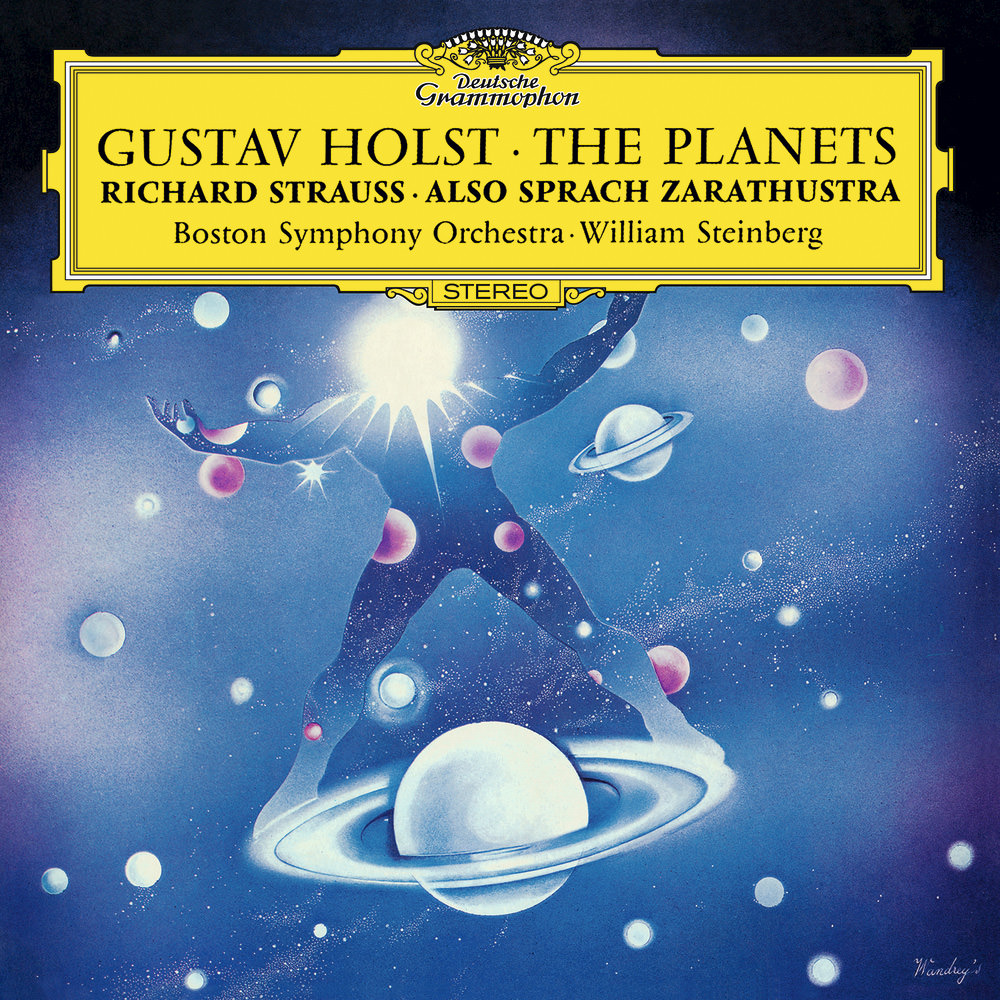 Available in 96 kHz / 24-bit AIFF, FLAC high resolution audio formats
"Four Stars ... The Planets gets a well-considered reading ... the orchestral playing is superb ... these 24 / 96 files allow the listener to appreciate what fine work DGG did in Boston ... the improvement in resolution makes an upgrade a most worthwhile proposition." - Audiophile Audition "Download of the Month ... when it comes to longing, joy and passion the Bostonians play with tremendous swirl and sweep ... lovingly exposed by Steinberg and his Boston band. Sonically this recording is warm and wide-ranging with timbres clear and true. Just listen to the gorgeous ripple of harps in Von der Wissenschaft ..." - MusicWeb International "... an interesting combination ... never have the wordless vocal lines (on the Holst) been so ethereal and beautifully impersonal; it is like listening to a synthesizer and I intend that as a compliment ... the Bostonians play gloriously ... this recording of Also sprach Zarathustra is first-class in every way, including the engineering." - Classical.Net These two "out of this world" pieces were recorded by the Boston Symphony Orchestra under William Steinberg in Symphony Hall in Boston in 1970 and 1971, one of the acclaimed recordings of the era from Steinberg and the BSO. The New England Conservatory Chorus joins them on The Planets, which some critics consider one of the most exciting versions of Holst's iconic work ever released.
96 kHz / 24-bit PCM – DG Studio Masters