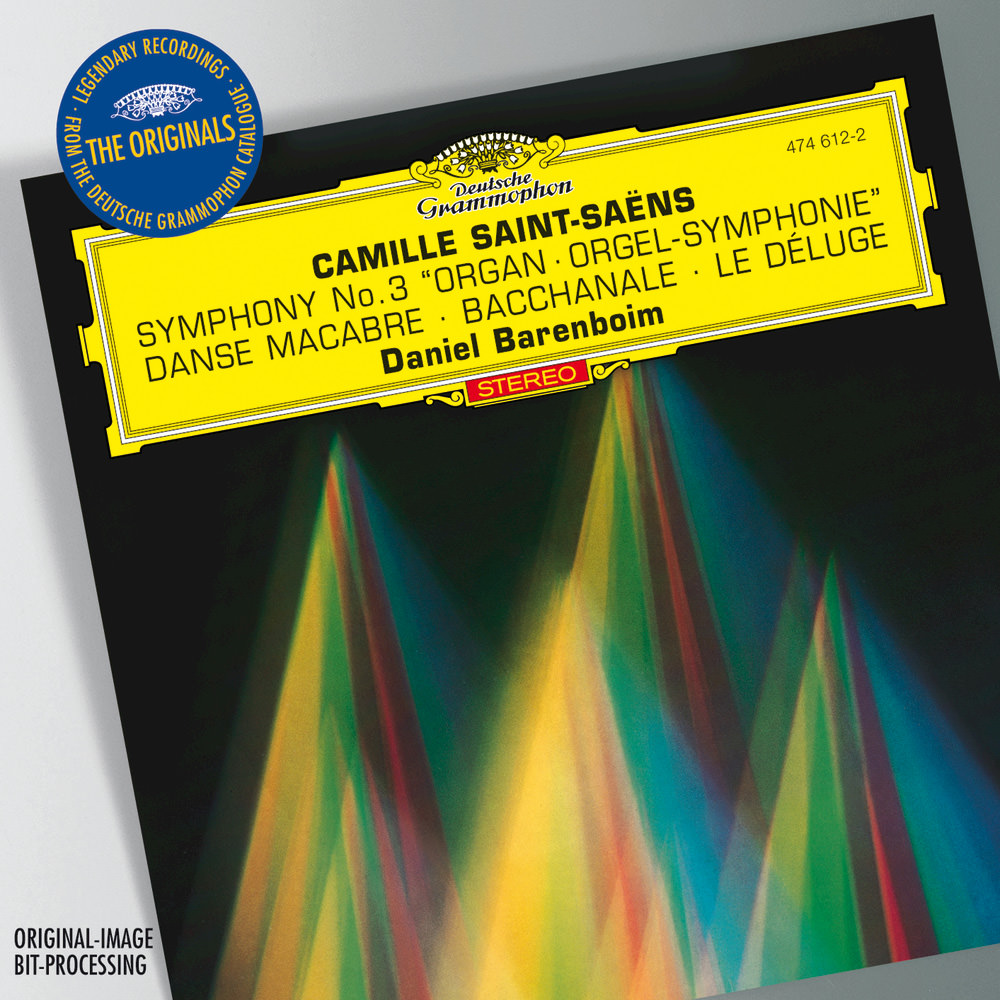 "... there's excitement aplenty when Barenboim conducts the Chicago Symphony ... his conception of the Third Symphony is very large-scale; he urges his players onwards with tremendous energy ... the result is a performance which is gripping and full of tension from first to last."
- Gramophone

"... features playing of great panache (with a truly high voltage finale) ... an unqualified success. Remastering also brings more back-to-front depth and a deeper, richer bass ... toss in the colorfully played and very well recorded couplings and this remains a recording of choice and one that both deserves and sustains its status as a true classic."
- ClassicsToday.com

The centerpiece of this historic 1976 recording devoted to Saint-Saëns is the Symphony No. 3 "Organ" from Daniel Barenboim and the Chicago Symphony Orchestra, featuring French organ soloist Gaston Litaize in a superlative performance that has been lavishly praised by critics for many years. The programme is rounded out with some shorter Saint-Saëns pieces, recorded in Paris by the Orchestre de Paris, also led by Barenboim.
96 kHz / 24-bit PCM – DG CD Studio Masters