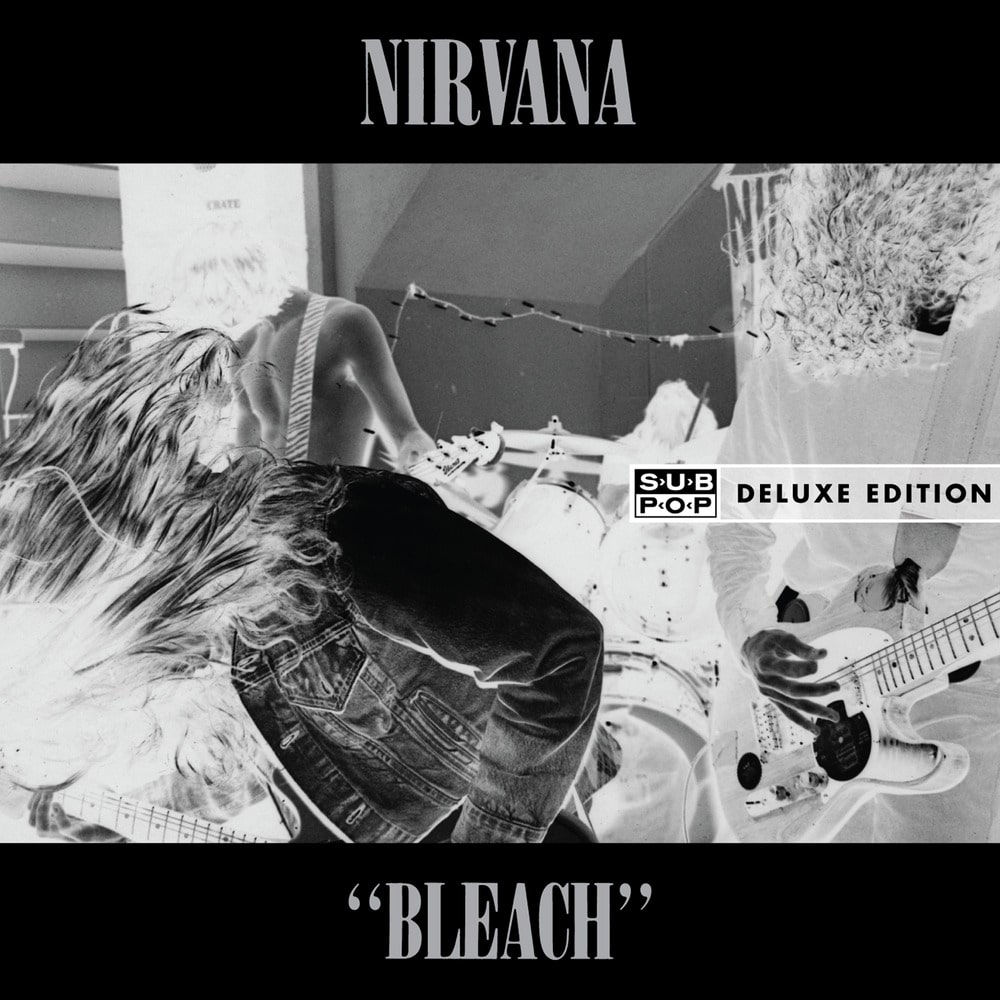 Available in MQA and 96 kHz / 24-bit AIFF, FLAC high resolution audio formats
Bleach is the debut studio album by the American rock band Nirvana, released on June 15, 1989 by Sub Pop. The main recording sessions took place at Reciprocal Recording in Seattle, Washington between December 1988 and January 1989. Nirvana began recording with a five-hour session on December 24, 1988. The band recorded again on December 29-31, and on January 14 and 24. Three of the album's songs – "Floyd the Barber", "Paper Cuts", and "Downer" – were recorded during a previous session at Reciprocal Studios in 1988, featuring Dale Crover on drums. Despite attempts to re-record them with new drummer Chad Channing, the band ultimately decided to remix the versions recorded with Crover for the final version of Bleach. "Big Long Now" was omitted from the album because vocalist/guitarist Kurt Cobain felt "there was already enough slow heavy stuff on Bleach, and he 'didn't want that song to go out'", according to Endino. The album was edited and sequenced, but Sub Pop head Bruce Pavitt ordered that the album be completely re-sequenced. The record was further delayed for several months until Sub Pop was able to secure sufficient funds to issue it.
96 kHz / 24-bit PCM – Sub Pop Records Studio Masters