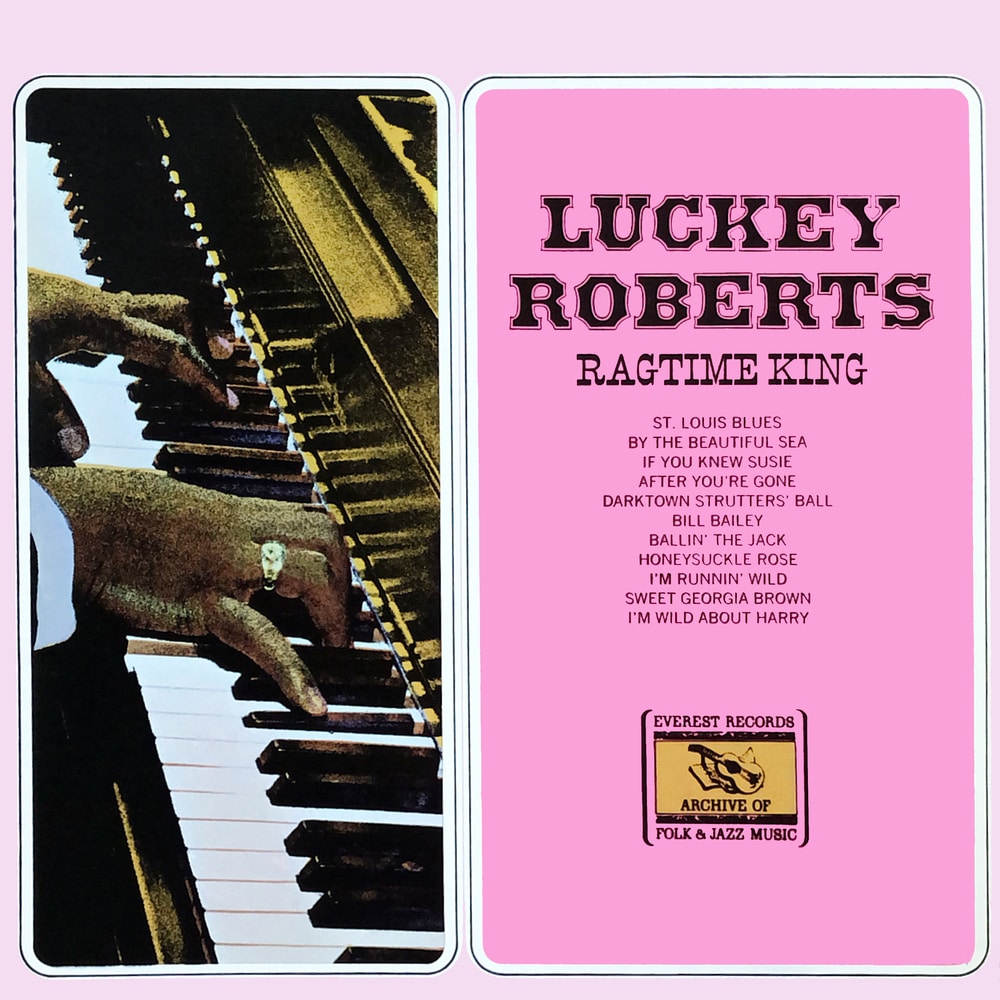 Available in 96 kHz / 24-bit AIFF, FLAC high resolution audio formats
Charles Luckyth Roberts, better known as Luckey Roberts, was an American composer and stride pianist who worked in the jazz, ragtime, and blues styles. With James P. Johnson, Roberts developed the stride piano style of playing about 1919. Roberts' reach on the keyboard was unusually large (he could reach a fourteenth), leading to a rumor that he had the webbing between his fingers surgically cut, which those who knew him and saw him play live denounce as false; Roberts simply had naturally large hands with wide finger spread. The aptly titled Ragtime King covers some of Roberts' best-known pieces and favourite standards.
96 kHz / 24-bit PCM – Archive of Folk & Jazz Music Studio Masters