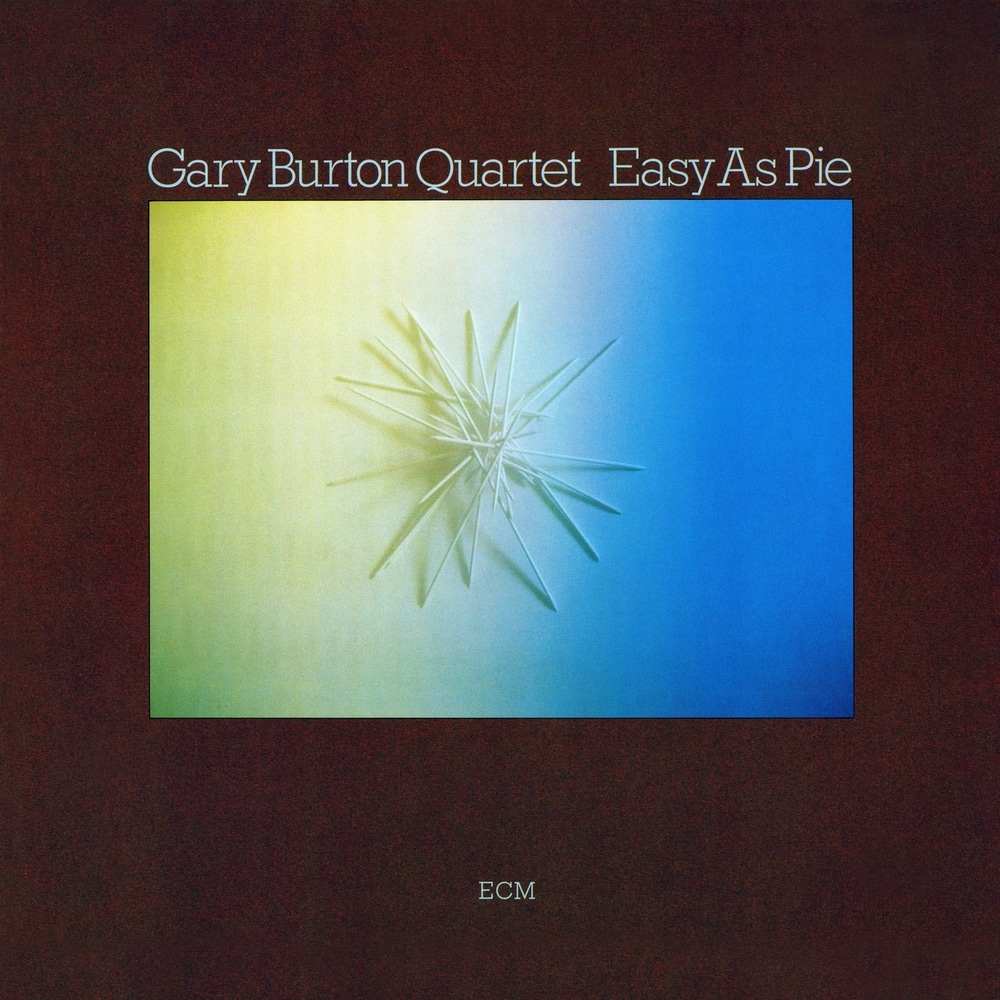 Available in 96 kHz / 24-bit AIFF, FLAC high resolution audio formats
Gary Burton’s involvement in any project guarantees smoothness and melodic robustness, and Easy As Pie is no less promising than one would expect from the mallet master. As the title may imply, the results are generally laid back, but ever virtuosic. From the first licks of “Reactionary Tango” (Carla Bley) we get a taste of the banquet about to be laid before us. Jim Odgren shines on reeds the pages of this developing story, snipping from them a string of paper dolls. As one is swept away by the strains of “Summer Band Camp” (Mick Goodrick)—a fantastic piece that first appeared on the composer’s In Pas(s)ing—one notices just how integral Odgren is to the overall sound. “Blame It On My Youth” (Oscar Levant) is emblematic of what Burton does so well, capturing moments and memories as if in snapshots of living sound. In this solo piece, he sews that feeling of nostalgia into every motivic cell of activity. And further in “Isfahan” (Strayhorn/Ellington), a smoky ballad with plenty of shadow in which to luxuriate unseen, Burton turns that shadow into liquid gold in the throes of his soloing. Just so this joint doesn’t weigh us down with too much dark energy, two Chick Corea tunes, “Tweek” and “Stardancer,” give us plenty of beat to chew on and highlight Steve Swallow’s unstoppable groove. Between the kaleidoscopic drum solo from Mike Hyman and Odgren’s storybook endings, there is more than enough color to go around. The members of Burton’s quartet work like kilned clay, which must be scored before being fit together to survive the heat with which it is imbibed. If this is dinner jazz, then prepare to be stuffed.
96 kHz / 24-bit PCM – ECM Records Studio Masters