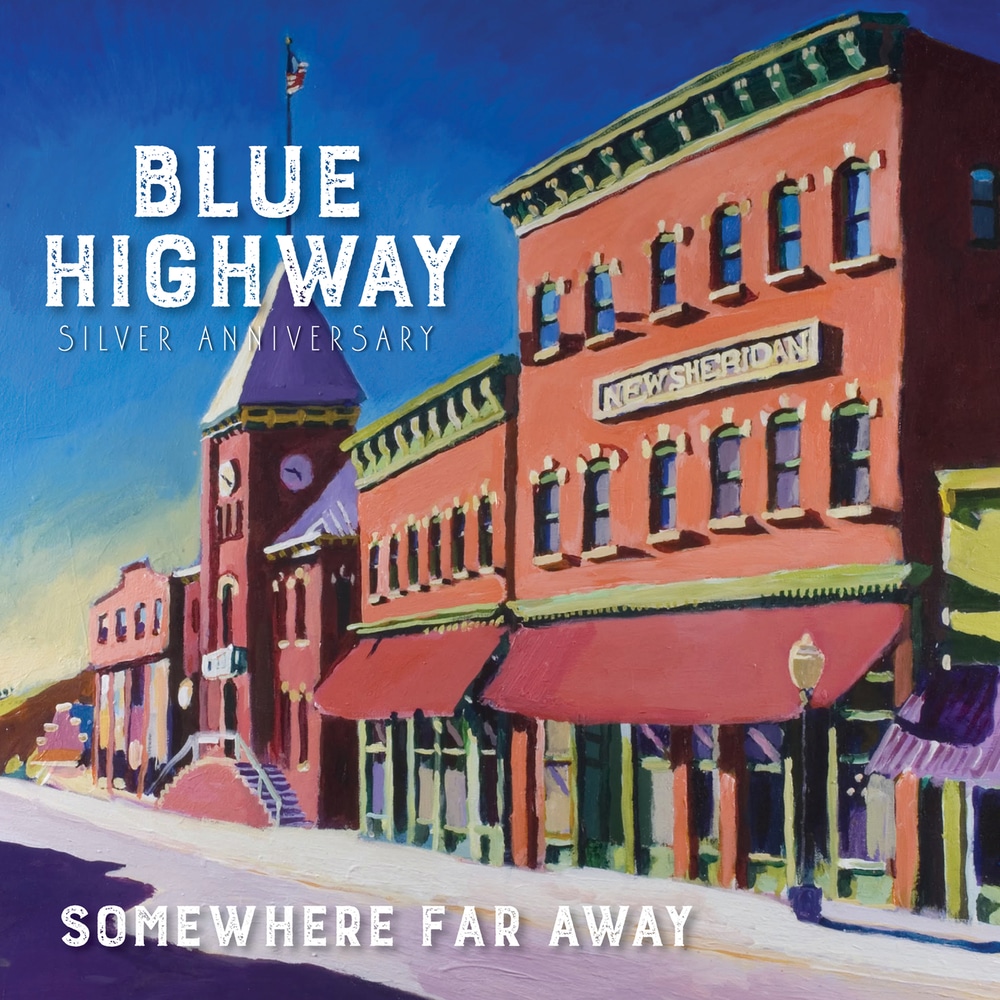 A band that makes it into bluegrass’ exclusive 25-year club inevitably celebrates the thousands of one-nighters, hundreds of festivals, dozens of recordings, and uncountable road miles by “taking an album off,” and releasing a retrospective. But that’s not Blue Highway and definitely not their new release Somewhere Far Away.

For 25 years, writing their own songs has set this highly-awarded band apart (members have racked up 28 IBMA Awards and three GRAMMY nominations as a band), so it’s no surprise that for Somewhere Far Away, their Silver Anniversary Rounder release, Blue Highway takes the road less traveled. The dozen new songs come from some of the finest songwriters in bluegrass, three of whom happen to be founding members – Tim Stafford, Wayne Taylor and Shawn Lane.