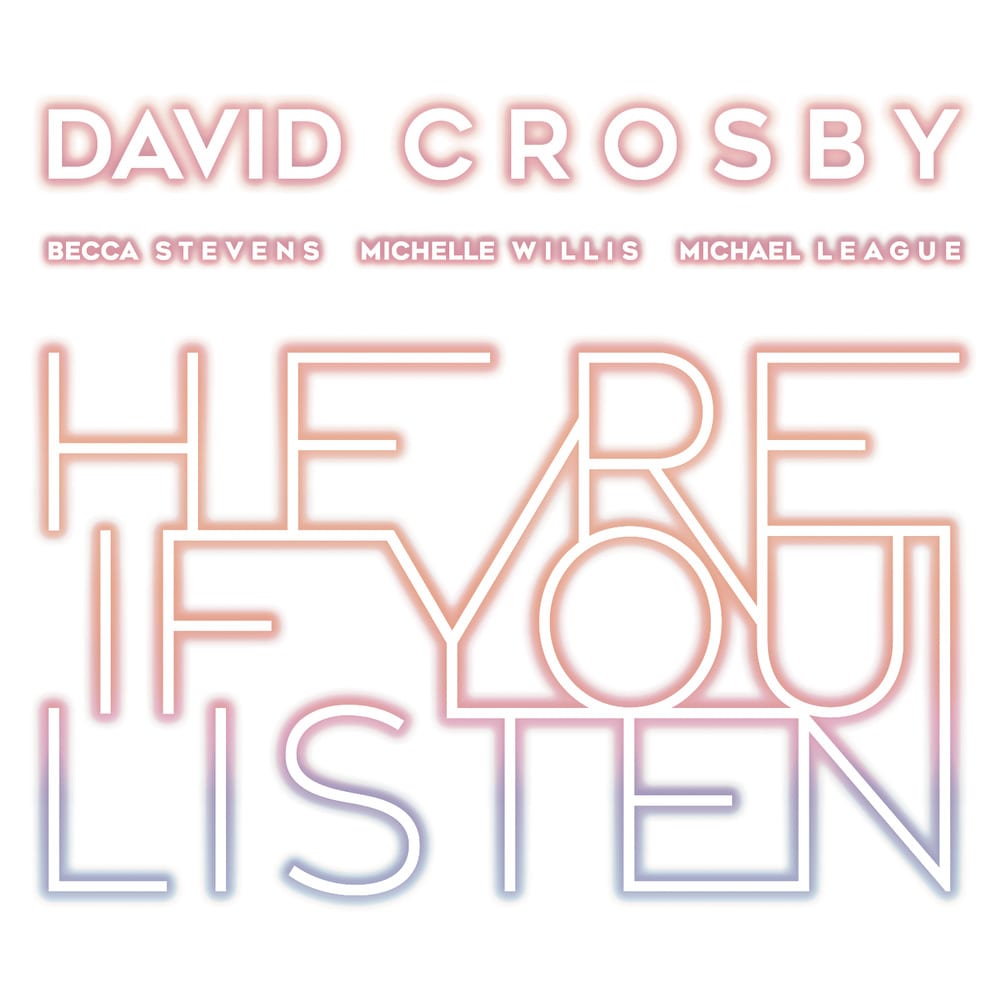 Here If You Listen

Here If You Listen was released on October 26, 2018 by BMG Music and features Crosby and his quartet known as "The Lighthouse Band" which also includes Michael League, Becca Stevens; and Michelle Willis.

The Lighthouse Band originated on Crosby's Lighthouse album. Producer Michael League along with Becca Stevens and Michelle Willis provided backing vocals on the Crosby-Stevens song "By the Light of Common Day".

Seven of the eleven tracks were written by all four members, with another penned by the quartet plus Snarky Puppy keyboard player Bill Laurence. One tune is by Stevens and Jane Tyson Clement, and another is by Willis. Only Joni Mitchell's "Woodstock" is not a Lighhtouse Band composition.
88.2 kHz / 24-bit PCM – BMG Studio Masters