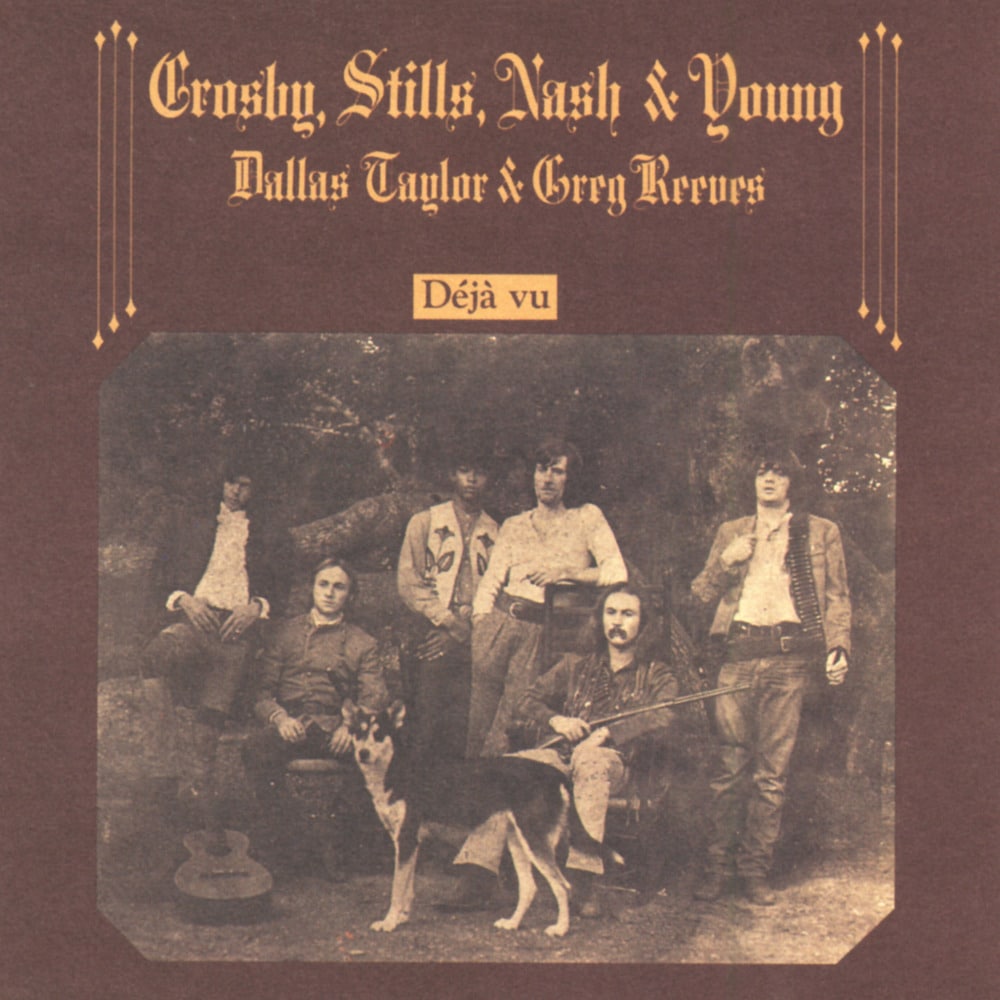 Available in MQA and 192 kHz / 24-bit, 96 kHz / 24-bit AIFF, FLAC high resolution audio formats
Déjà Vu is the second album by trio Crosby, Stills & Nash, and their first as a quartet with Neil Young. It was released in March 1970 by Atlantic Records. In 2003, the album was ranked #148 on Rolling Stone magazine's list of the 500 greatest albums of all time. Déjà Vu was greatly anticipated after the popularity of the first CSN album. Stephen Stills estimates that the album took around 800 hours of studio time to record; this figure may be exaggerated, even though the individual tracks display meticulous attention to detail. The songs, except for "Woodstock", were recorded as individual sessions by each member, with each contributing whatever was needed that could be agreed upon. Young appears on only half of the tracks, and drummer Dallas Taylor and bassist Greg Reeves are credited on the cover with their names in slightly smaller typeface while Grateful Dead guitarist Jerry Garcia plays pedal steel guitar on "Teach Your Children" and former Lovin' Spoonful leader John Sebastian plays harmonica on the title track.
192 kHz / 24-bit, 96 kHz / 24-bit PCM – Rhino Studio Masters