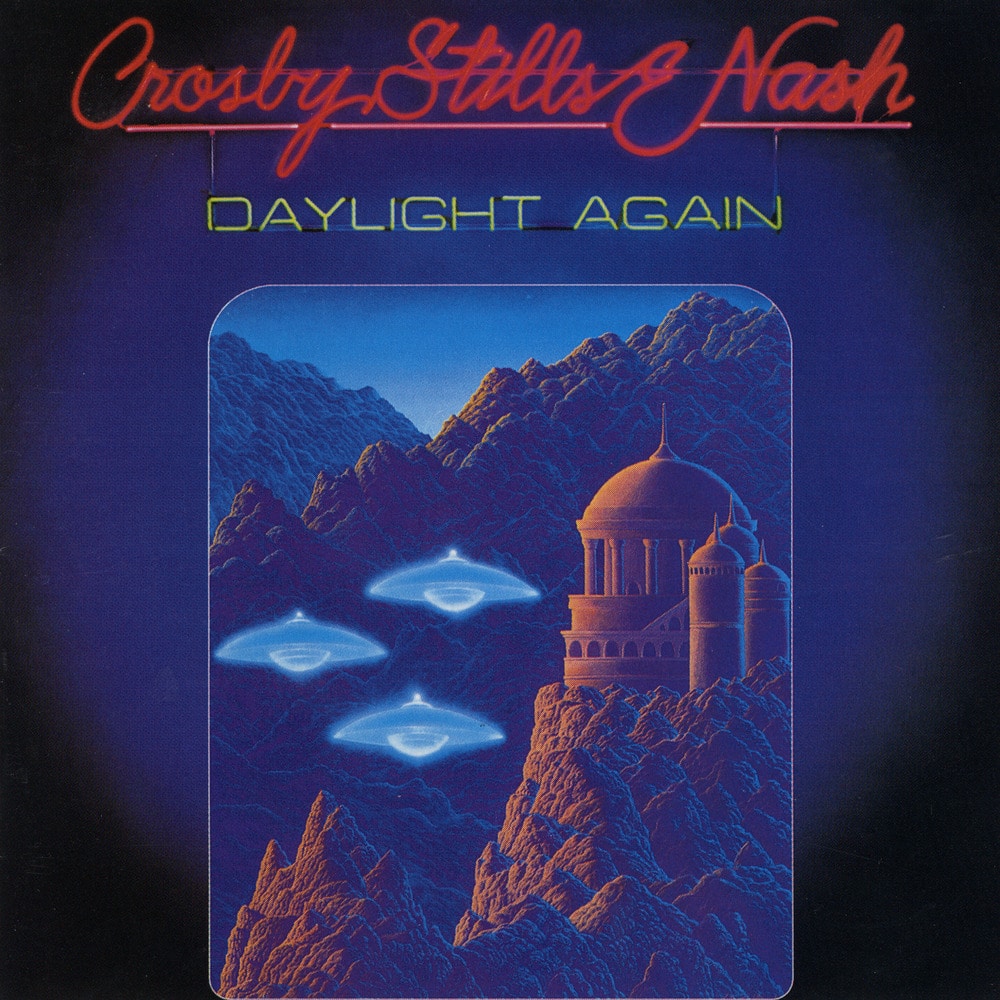 Available in MQA and 192 kHz / 24-bit, 96 kHz / 24-bit AIFF, FLAC high resolution audio formats
Daylight Again is the seventh album by Crosby, Stills & Nash, and their fourth studio album comprising original material. The genesis of the album lies in recordings made by Stephen Stills and Graham Nash at intervals in 1980 and 1981 and the album was originally slated to be a Stills–Nash project. They employed Art Garfunkel, Timothy B. Schmit, and others to sing in place of where David Crosby might have been. Executives at Atlantic Records, however, had little interest in anything but CSN product from any member of the group, and held out for the presence of Crosby, forcing Nash and Stills to start paying for the sessions out-of-pocket. They began to turn toward the company's point of view, however, and decided to invite Crosby to participate at the eleventh hour. Daylight Again was the band's first album in the video age, and a video was filmed for "Southern Cross" featuring the band and one of their favorite metaphors, a sailing vessel.
192 kHz / 24-bit, 96 kHz / 24-bit PCM – Rhino Atlantic Studio Masters