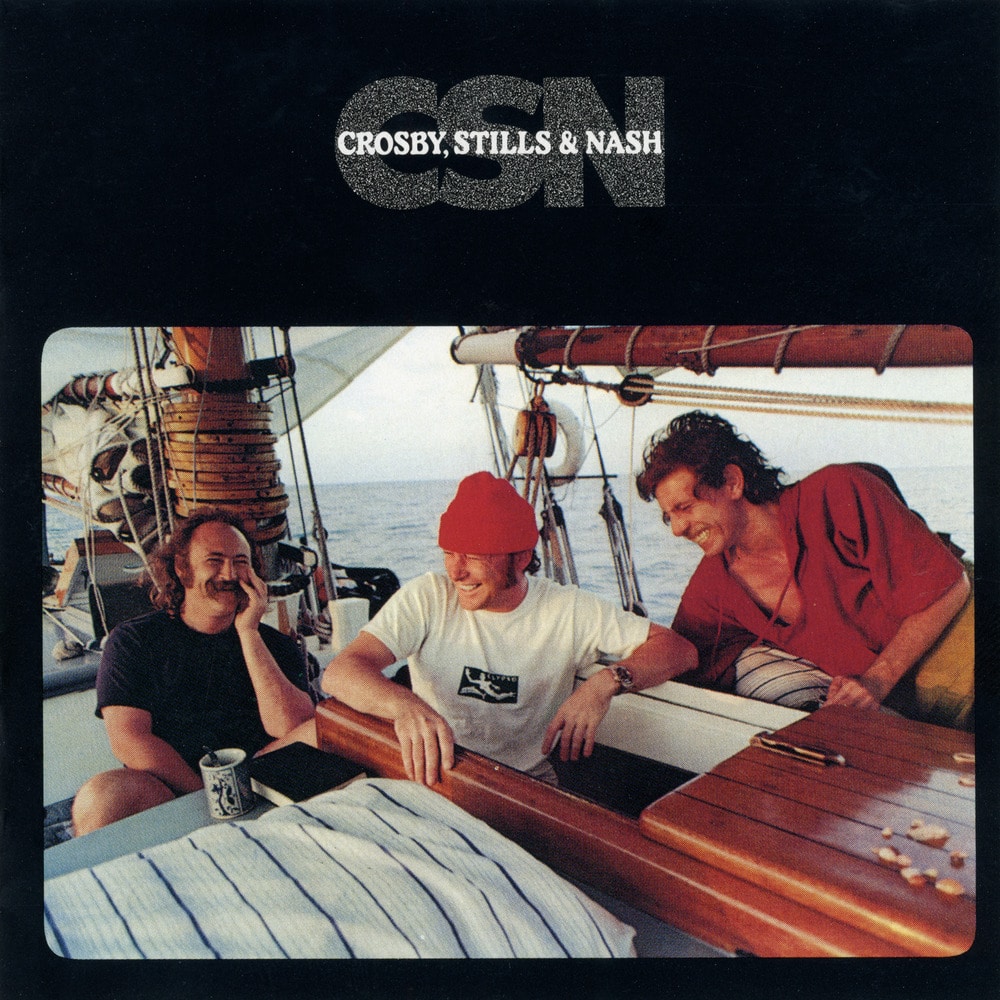 Available in MQA and 192 kHz / 24-bit, 96 kHz / 24-bit AIFF, FLAC high resolution audio formats
CSN is the fifth album by Crosby, Stills & Nash, released on Atlantic Records in 1977. It is the group's third studio release, and their first since their debut album without Neil Young. CSN featured strong writing from all three members, the last time for seventeen years that the band would compose songs and handle vocals without major assistance from outside sources. The production of the album fits in well with the ruling aesthetic of the time as featured in other blockbusters such as the Eagles' Hotel California and Fleetwood Mac's Rumours: well-crafted, melodic songs played with precision and balance, chronicling the personal travails of the authors. Many of Stills' songs on the album echo his marital problems, with "Dark Star" returning to the Latin rhythms he had favored all the way back to his Buffalo Springfield days. Crosby continued the existential probings consistent with much of his past work, and Nash offered both a radio-ready acoustic ballad with "Just a Song Before I Go", and an elaborate set piece re-creating a vision of an LSD experience that he had in Winchester Cathedral with "Cathedral". Many tracks were sweetened with a string section, a first on a CSNY project.
192 kHz / 24-bit, 96 kHz / 24-bit PCM – Rhino Atlantic Studio Masters