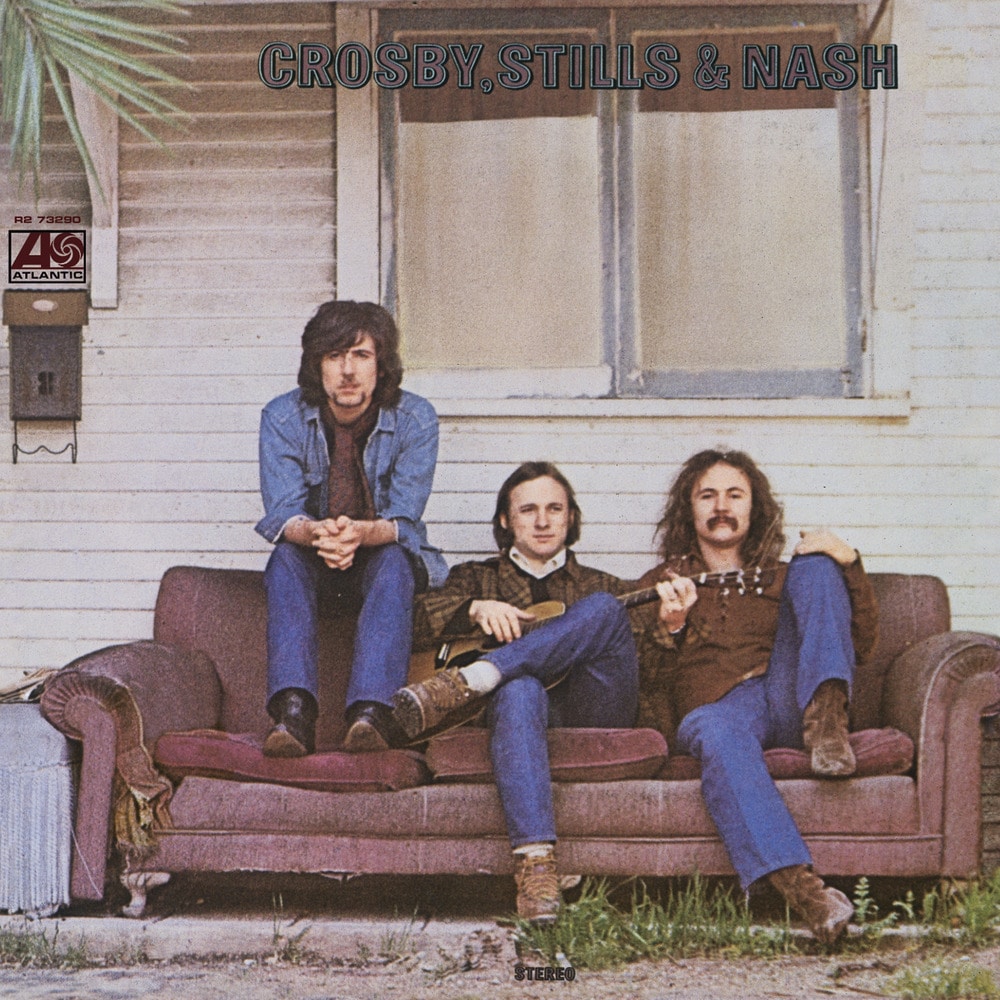 Available in MQA and 192 kHz / 24-bit, 96 kHz / 24-bit AIFF, FLAC high resolution audio formats
Crosby, Stills & Nash is the first album by Crosby, Stills & Nash, released in 1969 on the Atlantic Records label. The album was a very strong debut for the band, instantly lifting them to stardom. Along with the Byrds' Sweetheart of the Rodeo and The Band's Music from Big Pink of the previous year, it helped initiate a sea change in popular music away from the ruling late-1960s aesthetic of bands playing blues-based rock music on loud guitars. Crosby, Stills & Nash presented a new wrinkle in building upon rock's roots, utilizing folk, blues, and even jazz without specifically sounding like mere duplication. Not only blending voices, the three meshed their differing strengths, David Crosby for social commentary and atmospheric mood pieces, Stephen Stills for his diverse musical skills and for folding folk and country elements subtly into complex rock structures, and Graham Nash for his radio-friendly pop melodies, to create an amalgam of broad appeal. The album features some of their best known songs: "Helplessly Hoping", "Long Time Gone" (a response to the assassination of Robert F. Kennedy), "Suite: Judy Blue Eyes" (composed for Judy Collins) and "Wooden Ships" (co-written with Paul Kantner of Jefferson Airplane).
192 kHz / 24-bit, 96 kHz / 24-bit PCM – Rhino Atlantic Studio Masters