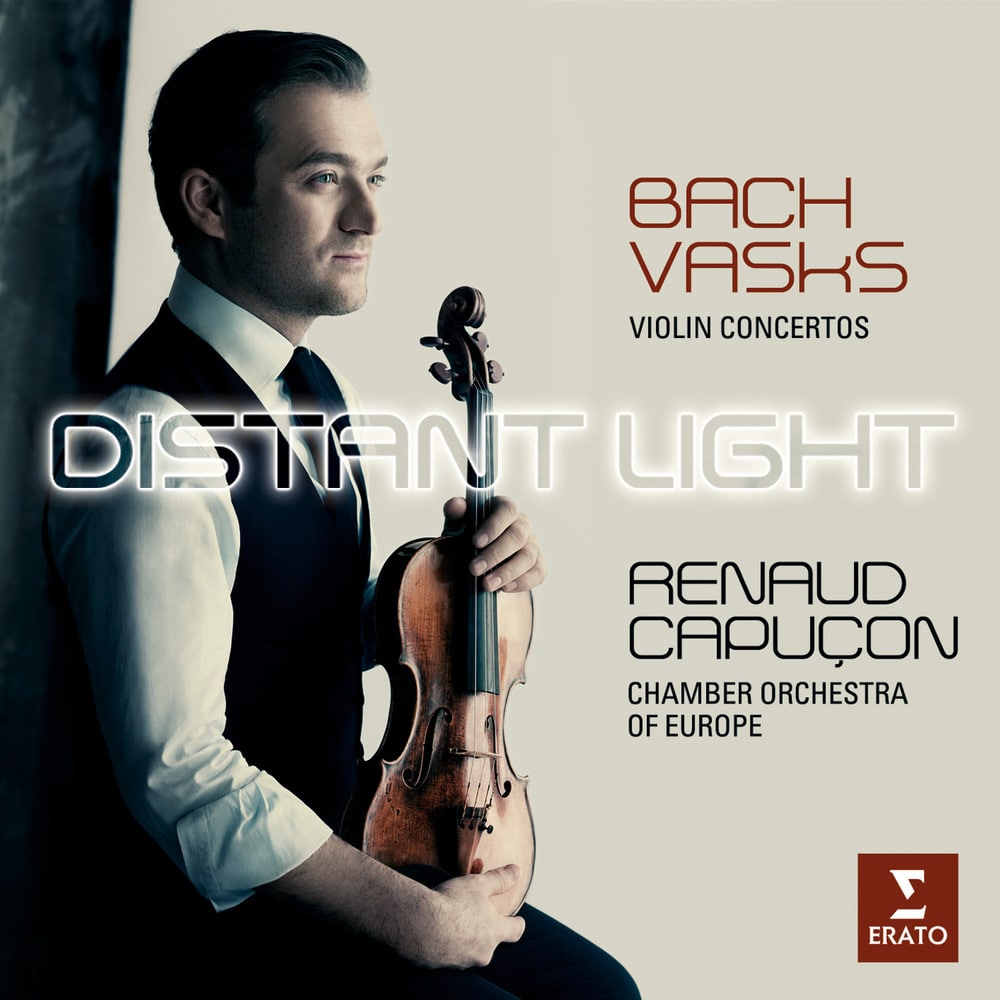 Available in MQA and 96 kHz / 24-bit AIFF, FLAC high resolution audio formats
"[Vasks] brings out the best in Renaud Capuçon. His grasp of the music's loosely palindromic trajectory is compelling; he meets the technical and emotional challenges of the three strategically placed cadenzas head on...Less convincing is Capuçon's Bach. It's all very deft, but too often the music unfolds with a military precision." - BBC Music Magazine "The approach [in the Bach] is a happy medium...It is the Vasks that provides the real meat here...Both orchestra and soloist understand this absolutely, and there is no sense ever of over-interpretating the music...If you are looking for a recording of the Vasks, this is the one to buy." - Gramophone Renaud Capuçon’s first recording as both soloist and conductor is also his first recording with the Chamber Orchestra of Europe. He has chosen to juxtapose Bach’s violin concertos in A minor and E major with a haunting concerto written more than 350 years later: Tala gaisma (Distant Light) by contemporary Latvian composer Pēteris Vasks. “Directing the orchestra from the violin, I have a different and wider set of responsibilities. Rather than getting caught up in the detail of the solo part, it’s up to me to drive the whole session. By taking on the extra role, I gain a better view of the whole musical picture. But with this orchestra, the experience is like playing chamber music, with players around the ensemble contributing their opinions as the recording session progresses. It’s all very organic.” - Renaud Capuçon
96 kHz / 24-bit PCM – Warner Classics International Studio Masters