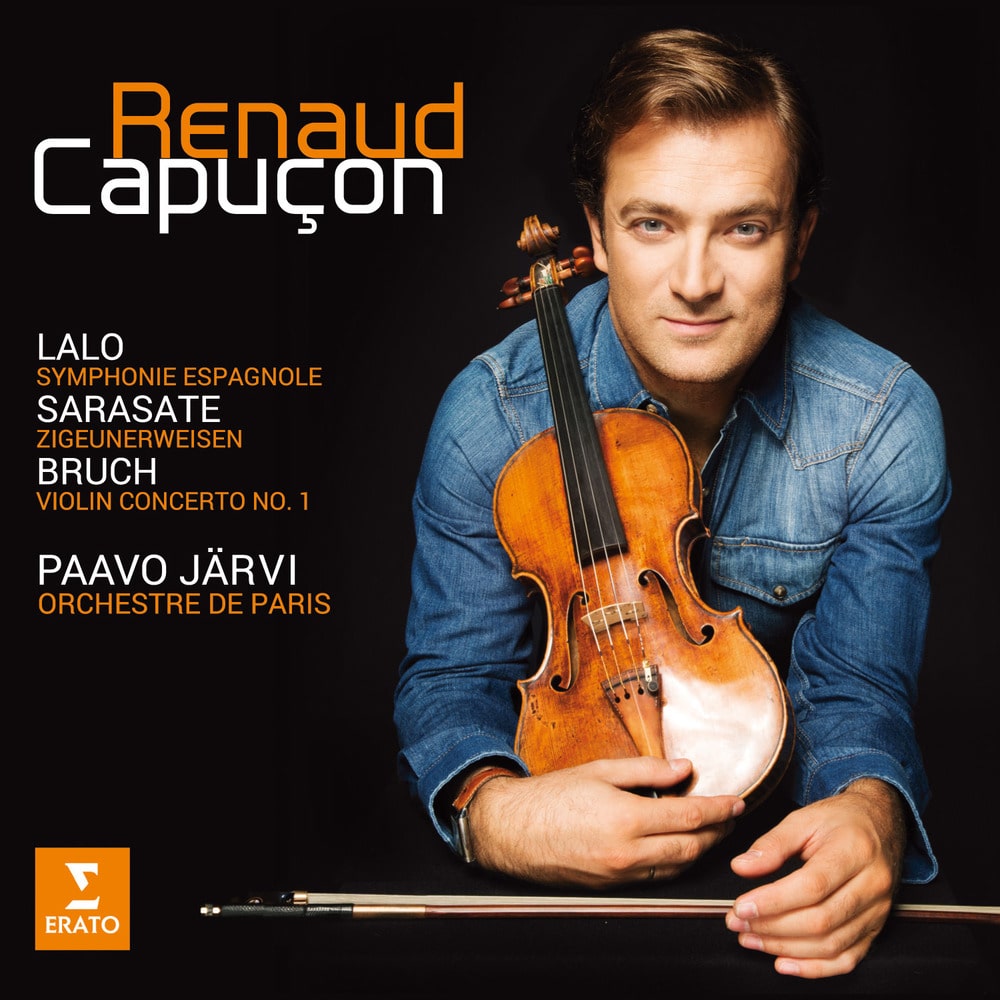 Available in MQA and 96 kHz / 24-bit AIFF, FLAC high resolution audio formats
Renaud Capuçon exudes a youthful air, but, now firmly established as one of the world’s leading violinists, he celebrates his 40th birthday on 27 January 2016. This release of the best-known works of three composers – Edouard Lalo, Pablo de Sarasate and Max Bruch – marks this important personal occasion in a suitably festive fashion. Capuçon made the recordings with Paavo Järvi and the Orchestre de Paris at the orchestra’s new home, the French capital’s Philharmonie, which opened in early 2015 and was immediately hailed for its superb acoustics. The Bruch concerto became the first piece to be recorded there, in May 2015. As it happens, Capuçon shares a birthday with Edouard Lalo, born in 1823 – and with Wolfgang Amadeus Mozart too! “These three works, first heard between 1868 and 1878, are among the most famous in the history of the violin, and there are links of friendship and respect between their three composers – Lalo, Sarasate and Bruch: Lalo dedicated his Symphonie espagnole to Sarasate [born in northern Spain and one of the most celebrated violinists of his time]. Bruch dedicated his Scottish Fantasy to Sarasate some years later, but it was the great Joseph Joachim who gave the first performance of Bruch’s Concerto No 1.” - Renaud Capuçon
96 kHz / 24-bit PCM – Erato/Warner Classics Studio Masters