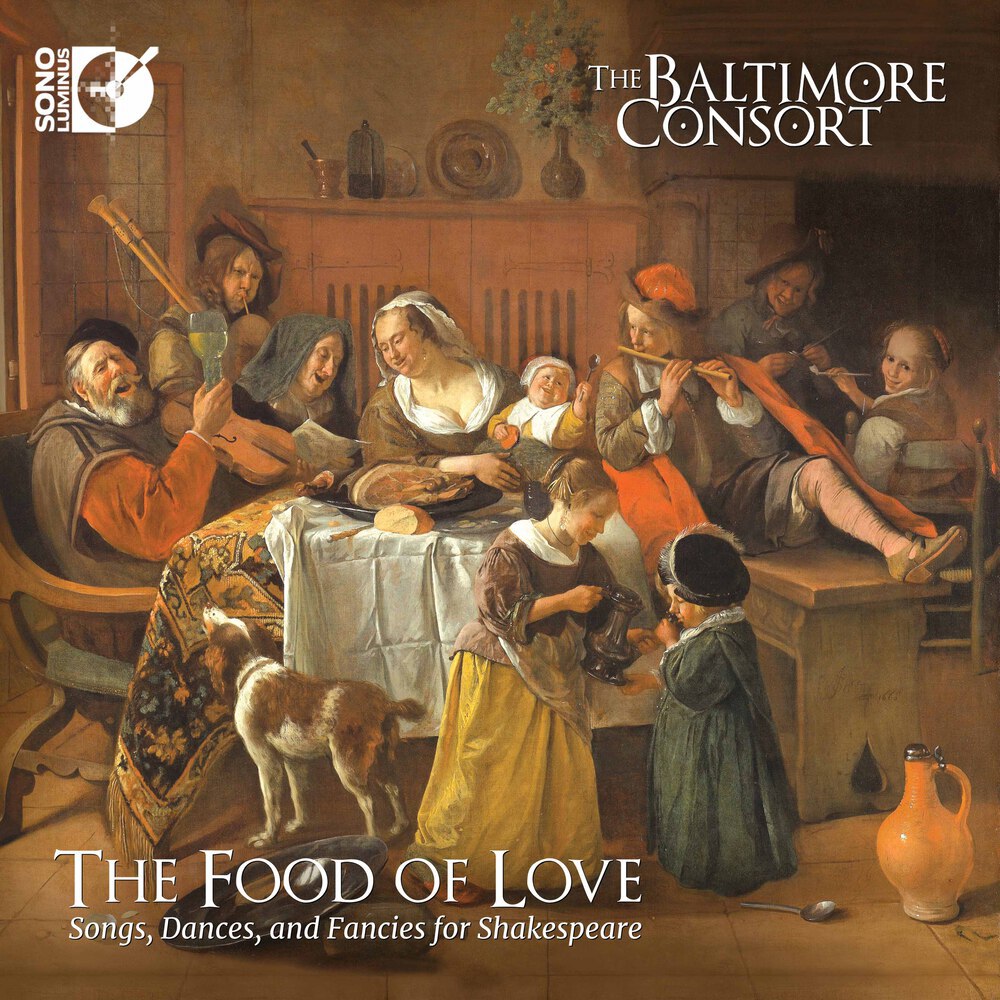 The Food of Love: Songs, Dances, and Fancies for Shakespeare

Available in 352.8 kHz / 24-bit, 192 kHz / 24-bit, 96 kHz / 24-bit AIFF, FLAC and 5.6448 MHz, 2.8224 MHz DSD high resolution audio formats
There are hundreds of references to music in the works of Shakespeare. Shakespeare’s music can be placed into three general categories: Incidental Music: The individual titles of incidental music in Shakespeare’s works are never named but the directions “music here,” “music begins,” “music for dancing,” etc. are provided. Literary References: Shakespeare refers to the music, music theory, and instruments of the time within the text of his works. A humorous example is found in the names of the musicians Peter confronts in Romeo and Juliet: Hugh Rebec, Simon Catling and James Soundpost. Songs: Specific songs are included for performance in the text of Shakespeare’s plays. Shakespeare authored the lyrics to some of these songs but also incorporated popular songs known to his contemporary audiences. The plays did not include notation of the tunes of these songs. However, we are certain that Robert Johnson’s settings for “Full Fathom Five” and “Where the Bee Sucks” are the same as when originally performed in The Tempest. Johnson is well documented as Shakespeare’s composer. For the other songs on the recording we are using the earliest surviving versions – both published and from manuscript – which are contemporary with Shakespeare’s productions. These include, “It Was a Lover and his Lasse,” “Farewell, Dear Love,” “When Griping Grief,” “Gravedigger’s Song,” and “Willow Song.” Founded in 1980 to perform the instrumental music of Shakespeare’s time, The Baltimore Consort has explored early English, Scottish, and French popular music, focusing on the relationship between folk and courtly art song, and dance. Their interest in early music of English/Scottish heritage has also led them to delve into the rich trove of traditional music preserved in North America. Seventeen recordings on the Dorian and Sono Luminus labels have earned them recognition as Top Classical-Crossover Artist of the Year (Billboard), as well as rave reviews elsewhere. Besides touring in the U.S. (all but two states) and abroad (Austria, Canada, Germany, The Netherlands, and Scotland), they often perform on such syndicated radio broadcasts as St. Paul Sunday, Performance Today, Harmonia and the CBC’s OnStage. They have also enjoyed many teaching residencies at K-12 schools, as well as at the Madison Early Music Festival, and other university engagements.
352.8 kHz / 24-bit, 192 kHz / 24-bit, 96 kHz / 24-bit PCM and 5.6448 MHz, 2.8224 MHz DSD – Sono Luminus Studio Masters