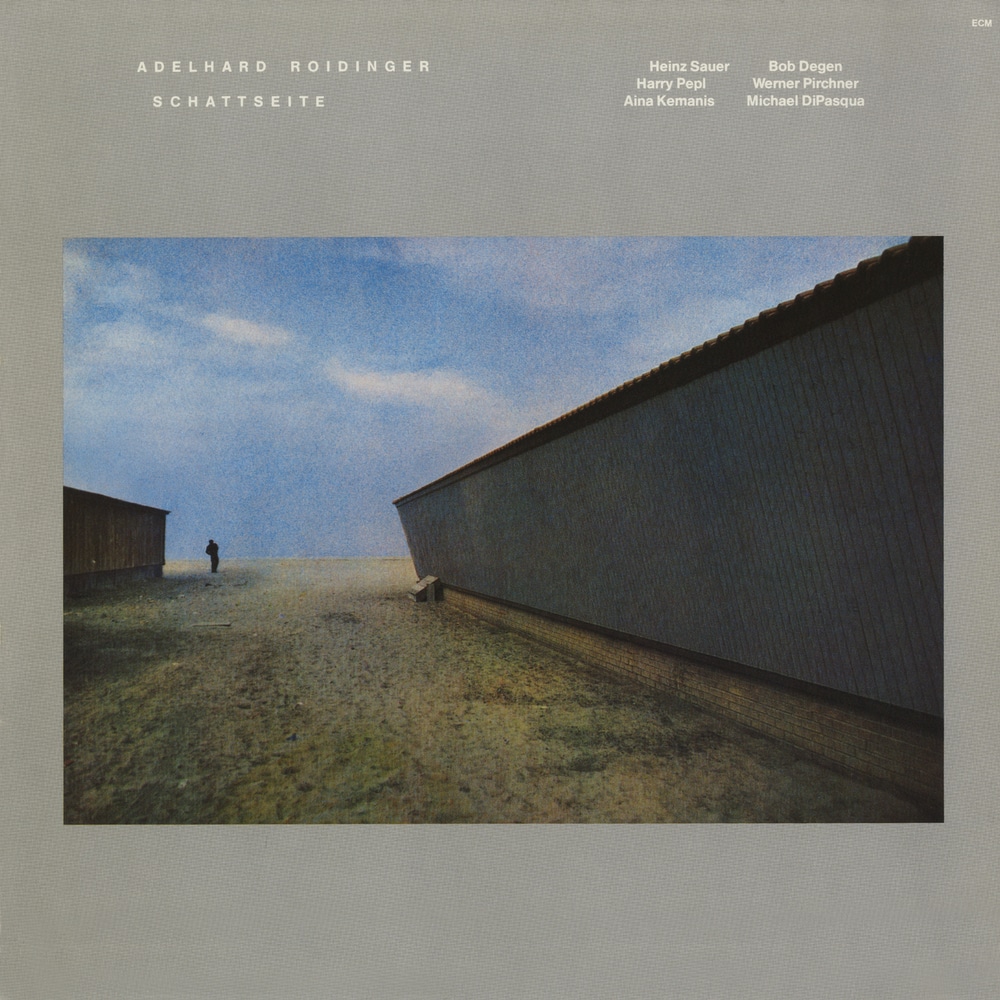 Available in 96 kHz / 24-bit AIFF, FLAC high resolution audio formats
It’s unfortunate that Adelhard Roidinger only cut this one record for ECM. The Austrian-born Renaissance man seems to have been a perfect fit for the label, which by the time of this release (1982) had firmly established its aesthetic hold on the jazz market. Schattseite has a lush, airy sound that is always appealing, and what better way to draw us in than with the slow-moving “Fü Pfü.” The soloing is crisp all around: gorgeous vibe work from Pirchner, Pepl’s soft guitar licks, DiPasqua’s tender drumming, a fluid run from Sauer on tenor sax, and an alluringly pianistic turn from Degen all make for a crystalline opener, and Roidinger’s plaintive accompaniment pulls it all together with humility. There is much stopping and starting, as if the music were afraid to latch on to a memory it knows could be self-destructive. Next is “Lufti,” a delightfully overdubbed bass duet, interrupted by occasional glissandi for a playful effect. “Loveland” fades in on a sweet piano riff doubled by Aina Kemanis’s brassy vocals, evoking the distinctive sound originally forged on Return to Forever. Roidinger harmonizes with the lead motif, blending into another mercurial leap from Pirchner, this time on marimba, supported by a delicate repeat of the same progression sans voice. The fantastic sax solo and Metheny-esque picking lend even more elegance to the track’s progressive sound. “Stress” begins with a bowed electric bass, caressing the air like whale songs. Sauer introduces the main line, again doubled by Kemanis, before Roidinger steps in to offer some regularity, thereby allowing Deger more room to flex his fingers. “Ania” starts with laughter, or something like it. Out of this abstract pointillism comes an engaging chant, throughout which Pepl jauntily strums his way along. The album closes with its longest track, “When Earth Becomes Desert,” which steadily moves from haunting drones to an all-out improv-fest. The marimba is unusually present here, and I wouldn’t be surprised if it was miked differently, if not added in postproduction. The final minute brings us slowly back down with a gorgeous melody in tutti. This is an album of exceptional sound and quality, and is like the audio equivalent of a scenic route: it may get you to the same destination, maybe even less efficiently, but its allure is such that by the time you near the end, you no longer care where you were going.
96 kHz / 24-bit PCM – ECM Records Studio Masters