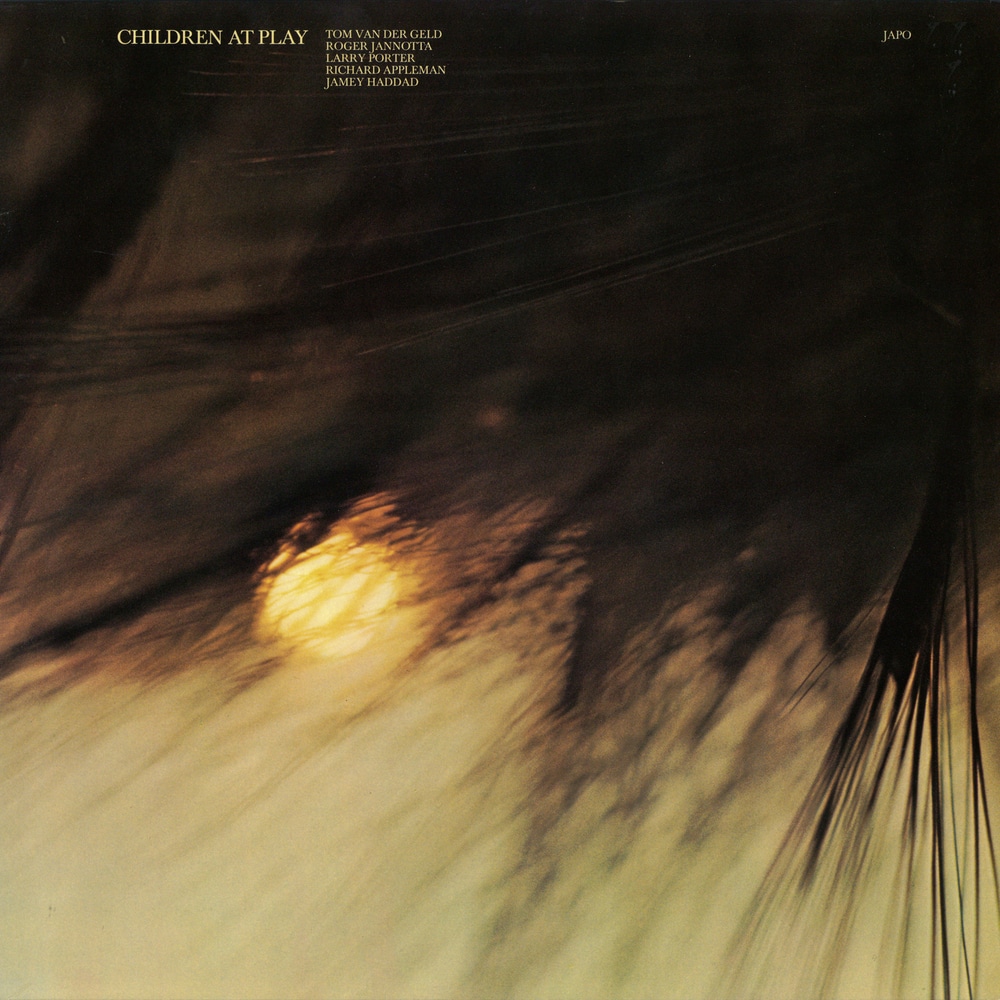 Available in 96 kHz / 24-bit AIFF, FLAC high resolution audio formats
Vibraphonist Tom van der Geld’s distinct musical wanderings have left behind some of the choicest among ECM’s out-of-print relics. Whether the trio settings of Path or the broader palette of Patience, his sound is at once soft and unbreakable, forthright yet ecumenical. His footsteps also found purchase in the rarer soil of the JAPO sub-label, of which this self-titled date from his legendary group Children At Play was the first. Here van der Geld is joined by Roger Janotta on reeds, Larry Porter on keyboards, Richard Appleman on bass, and Jamey Haddad on drums. Basking in opener “Tamarind,” it’s clear why the ensemble has attained such high status among collectors. This power statement awakens to a wealth of morning light every bit as descriptive as Grieg’s. The brittle bass line that ensues nets a flavorsome admixture of piano, vibes, and soprano sax that positively exudes personality. Between Porter’s grounding keys and a drum circle-like interlude, there is much to take in throughout this 18-minute journey as it pulls down the sun to where it began. “Wandering I” lumbers further into the album’s storybook scenography, bringing illustrations to life with a hint of whimsy. In addition to the group unity forged in such tracks, Janotta’s reeds work a most vivid magic throughout, but especially in “Sweet My Sweet,” in which he sets up a tropical narrative from van der Geld, trembling and sunbathed, swaying like the album cover’s long grasses. Drummer Bob Gulotti replaces Haddad on “Reason,” a rubato outing of multifaceted inner dimensions. A gnarled, lethargic bass solo paints the picture of sleep before Van der Geld’s dreams touch off lens flare accents. The album is another beautiful entry in the van der Geld travelogue and finds rich closure in “Patch Of Blue.” The only track not written by the bandleader (this one comes from Porter’s pen), it molds a pastiche of all that came before, combining the time of “Tamarind,” the fantasy of “Wandering I,” the warmth of “Sweet My Sweet,” and the introspection of “Reason” in smooth detail. The feeling is one of sand—not of desert, but of beach—between the toes, honest down to the last grain.
96 kHz / 24-bit PCM – ECM Records Studio Masters