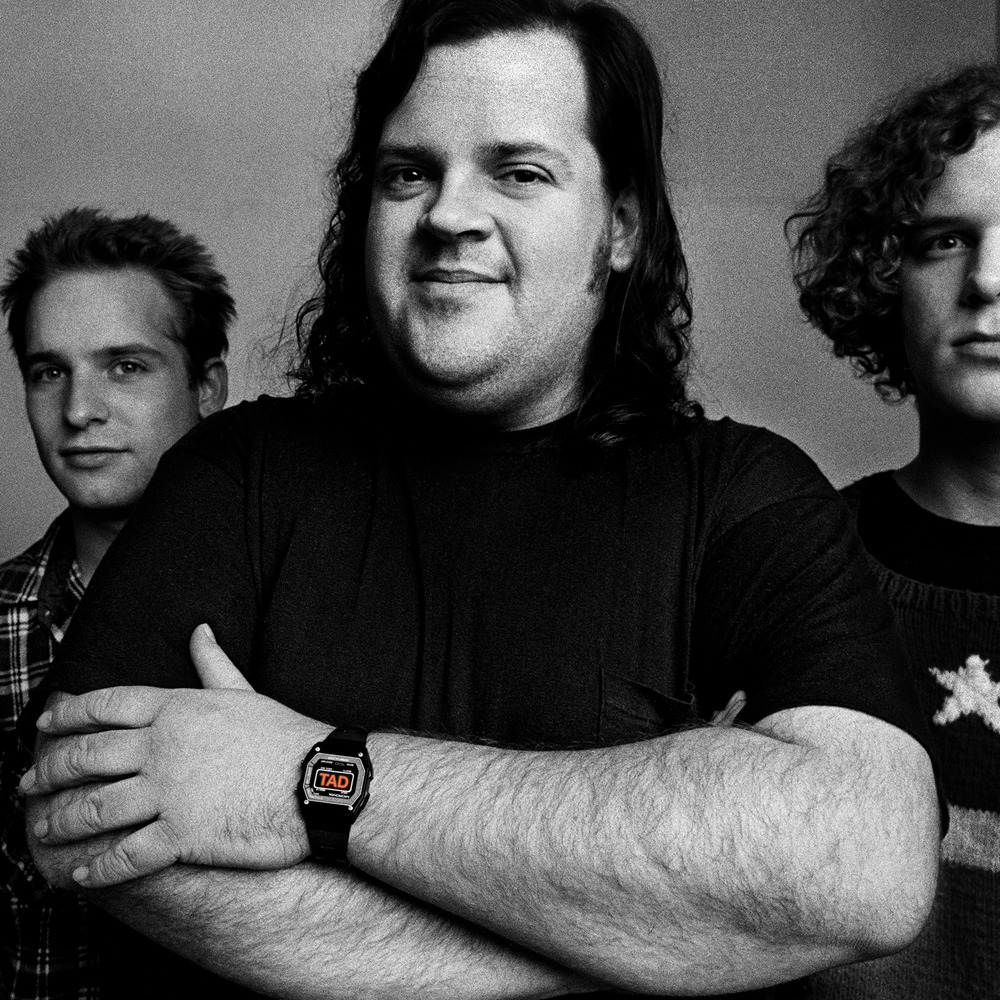 Available in MQA and 44.1 kHz / 24-bit AIFF, FLAC audio formats
TAD was a mighty force in the late-‘80s/early-‘90s Seattle scene. Their heavy, churning rock/metal/punk buzz was a crucial part of Sub Pop’s early years, and, along with peers like Mudhoney, Nirvana, and Soundgarden, they defined the sound that reinvigorated the rock world in the early ‘90s. TAD was led by the physically imposing yet incredibly sweet singer/guitarist TAD Doyle, with bassist Kurt Danielson (ex-Bundle of Hiss), drummer Steve Wied, and guitarist Gary Thorstensen. With an image that sometimes cast the band as deranged lumberjacks, and influence from Head of David and Killdozer, TAD put a uniquely rain-and-fog-coated Northwest spin on ‘80s underground rock. The band released two albums and a few EPs on Sub Pop between 1988 and 1991, all of which are now lovingly remastered by the band’s friend and engineer Jack Endino (Soundgarden, Nirvana, Mudhoney, Screaming Trees) and repackaged with bonus tracks and expansive liner notes. God’s Balls, TAD’s punishing, noise-drenched debut album, was recorded with Jack Endino at Reciprocal Recording in Seattle in 1988, and released early the following year. In addition to their usual arsenal of guitars, bass, and drums, the band employed a variety of unusual instruments – an empty gas tank from a car, a hacksaw, a large brass tube from a microwave transmitter, CB radio mics, a cello bow used on cymbals to emulate guitar feedback – to thunderous effect, adding a Neubauten-esque clang to the band’s rock riffs. After releasing God’s Balls, TAD flew to Europe with Nirvana for both bands’ first European tour. The now-legendary, month-long tour took the bands to the UK, Ireland, Scotland, France, Belgium, Switzerland, Germany, Austria, Czechoslovakia, Hungary, Italy, Denmark and Sweden. This reissue of God’s Balls features bonus tracks from TAD’s 1988 debut 7”, and the previously unreleased “Tuna Car” from the 7” session. God’s Balls has been out of print on LP/CD for many years, and this is its first digital release.
44.1 kHz / 24-bit PCM – Sub Pop Records Studio Masters