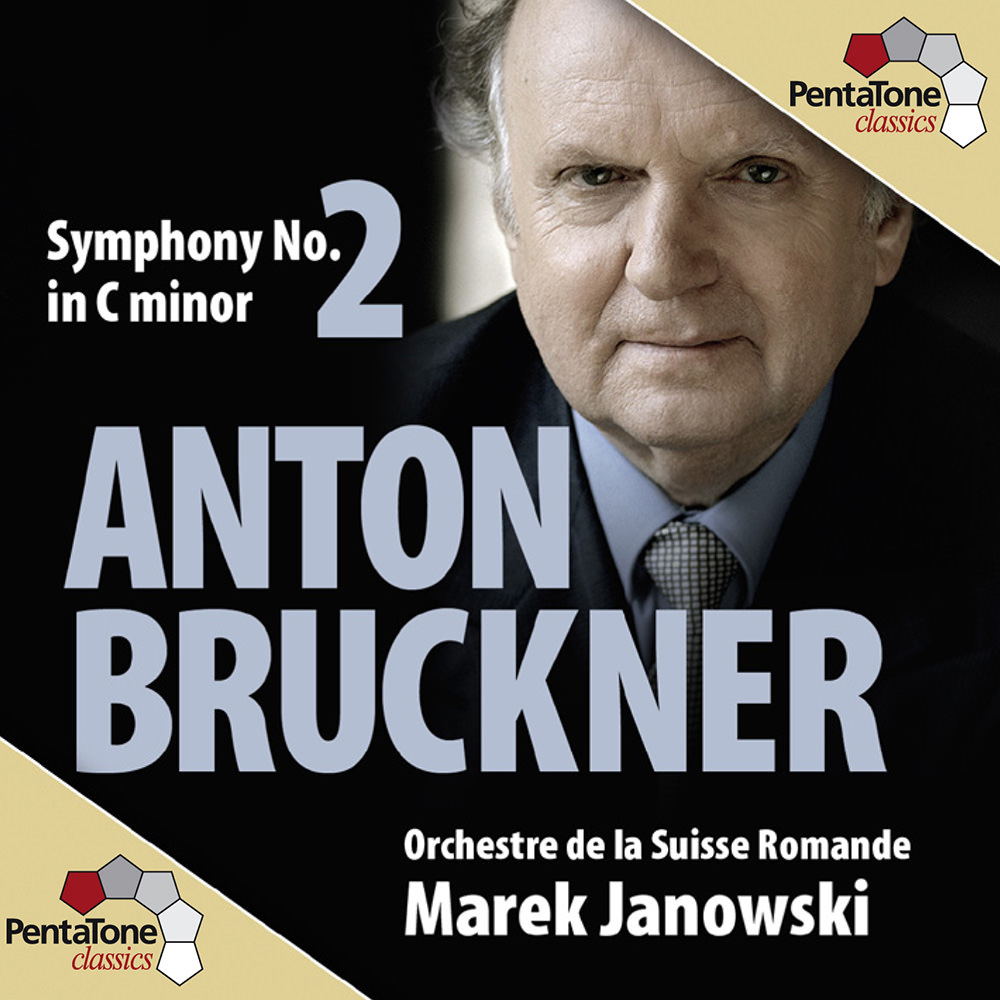 Available in 96 kHz / 24-bit AIFF, FLAC and 2.8224 MHz DSD high resolution audio formats
"Four Stars ... a very persuasive Symphony No. 2: well paced, warm toned without heaviness, romantically atmospheric ... the recording suits Janowski's approach admirably." - BBC Music Magazine "The sound offered by the PentaTone engineers is terrific, just what Bruckner needs in its sense of space and cleanliness ... one delights time and time again in the moment ..." - MusicWeb International "... one of the more satisfying and interesting of Janowski’s Bruckner recordings to date ... more daring in many ways, not least in the more flexible tempos and atmospheric quiet textures. But, as ever, these details appear within a tightly controlled framework, in which structure always has precedence over expression. If you’re sympathetic to Janowski’s approach, this is definitely worth hearing. If you’re not, it might be the first step towards changing your mind." - Fanfare To this day, Anton Bruckner’s Symphony No. 2 continues to be the least frequently performed of all his symphonies. Not as revolutionary as his First, or as brutally reckless as his Third, Bruckner’s core ambition with this work is a constant testing, exploration and expansion of the possibilities of symphonic form. Conductor Marek Janowski and the Orchestre de la Suisse Romande succeed in doing justice to the work and the recording is clear proof of Janowski’s brilliance when it comes to conducting Bruckner.
96 kHz / 24-bit PCM and 2.8224 MHz DSD – PentaTone Studio Masters