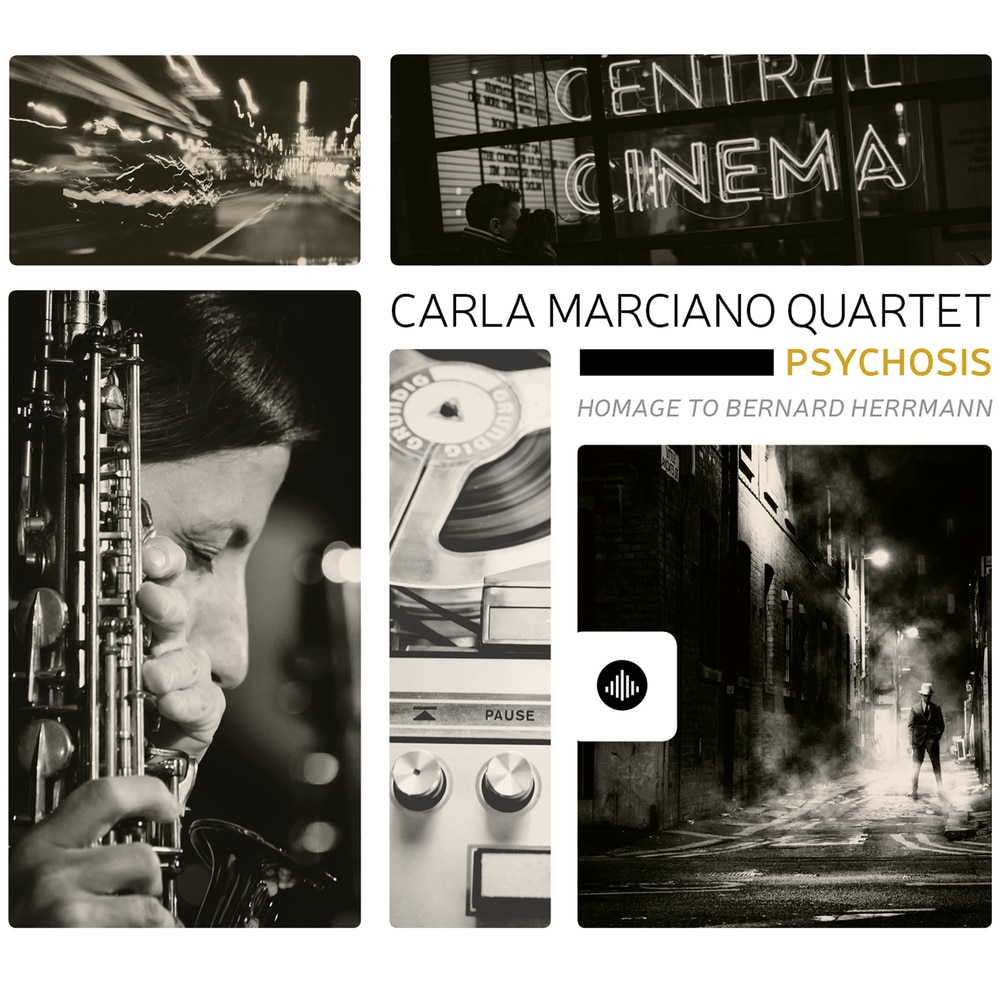 Available in 48 kHz / 24-bit AIFF, FLAC audio formats
"This album is my heartfelt homage to one of the greatest geniuses of film score, the composer and conductor Bernard Herrmann, whose music has dazzled me since I was a child. It has been very interesting to arrange, revise and adapt, for a jazz quartet, some of the best known themes from outstanding soundtracks Herrmann wrote for equally outstanding films - all psychological thrillers (hence the title Psychosis) - by brilliant directors, including Marnie, Psycho and Vertigo by Alfred Hitchcock, Taxi Driver by Martin Scorsese and Twisted Nerve by Roy Boulting. Bearing a classic feel and originally conceived for orchestras, the tracks in this album were arranged in full respect of the originals, leaving intact, for example, the beauty of the melodies, while at the same time creating new improvisational spaces that would allow our quartet to maintain its own identity. This also gave us the opportunity to progress in a musical journey we embarked on starting with the first album (this is our fifth), and me, personally, to hold the course of my visceral, improvisational language, always instinctive and open to risk, an expression of my emotional, spiritual and existential self, baring my soul in absolute freedom through no compromise whatsoever, but rather driven by a strong desire for research and experimentation. I consider the emotions and stimulations generated in me by Herrmann’s music, together with the films in which it’s featured, a wonderful gift. I hope I have been able to thank him through our heartfelt work. The additional track is also dedicated to another great genius of film score, John Williams, who wrote the soundtrack for the famous movie saga Harry Potter, whose main theme was arranged by Alessandro." - Carlo Marciano
48 kHz / 24-bit PCM – Challenge Records Studio Masters