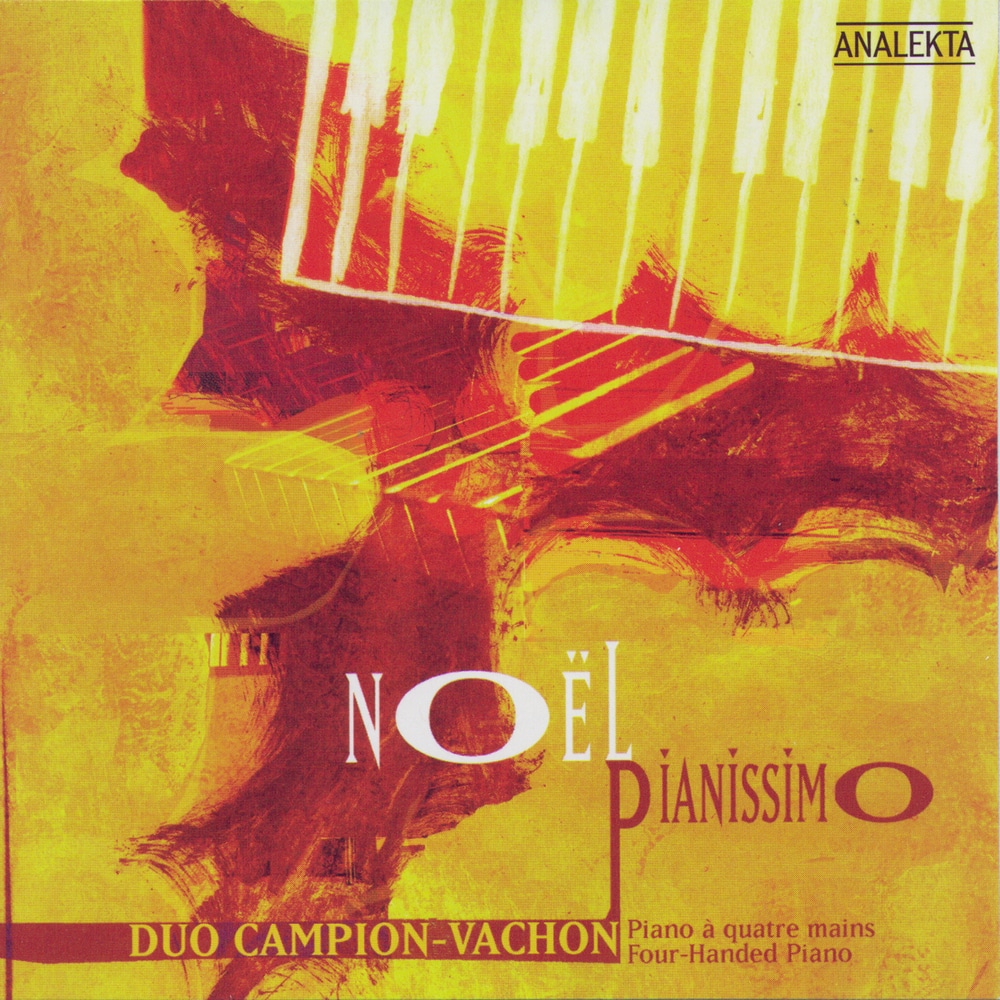 This recording includes two categories of Christmas “classics.” There are of course the more traditional, and mostly anonymous, carols such as "Les anges dans nos campagnes" (Angels We Have Heard on High), "Petit papa Noël" and "Sainte nuit" (Silent Night); but it also includes some of the most beautiful Christmas melodies of that golden age of the 1930s and 40s, when crooners gave us the likes of "White Christmas", "The Christmas Song", and even "I’ll Be Home for Christmas". While the singers such as Bing Crosby and Nat King Cole who immortalized these songs were household names, the songs’ composers were not; these old hands in the music business got credit on the sheet music but otherwise worked in the shadows of the big stars.

Each song has its own unique story, but the origins of the traditional carols are often hard to trace. For example, the melody of "The First Nowell"—which, despite the anglicized spelling of noël, the French word for Christmas, is as British as plum pudding—dates back to the 16th century, probably from the Cornwall region. However, the first published edition to include words is far more recent (1833), and it is possible that William Sandys, publisher of the collection entitled Christmas Carols, Ancient and Modern, also wrote the original English lyrics.
88.2 kHz / 24-bit PCM – Analekta Studio Masters