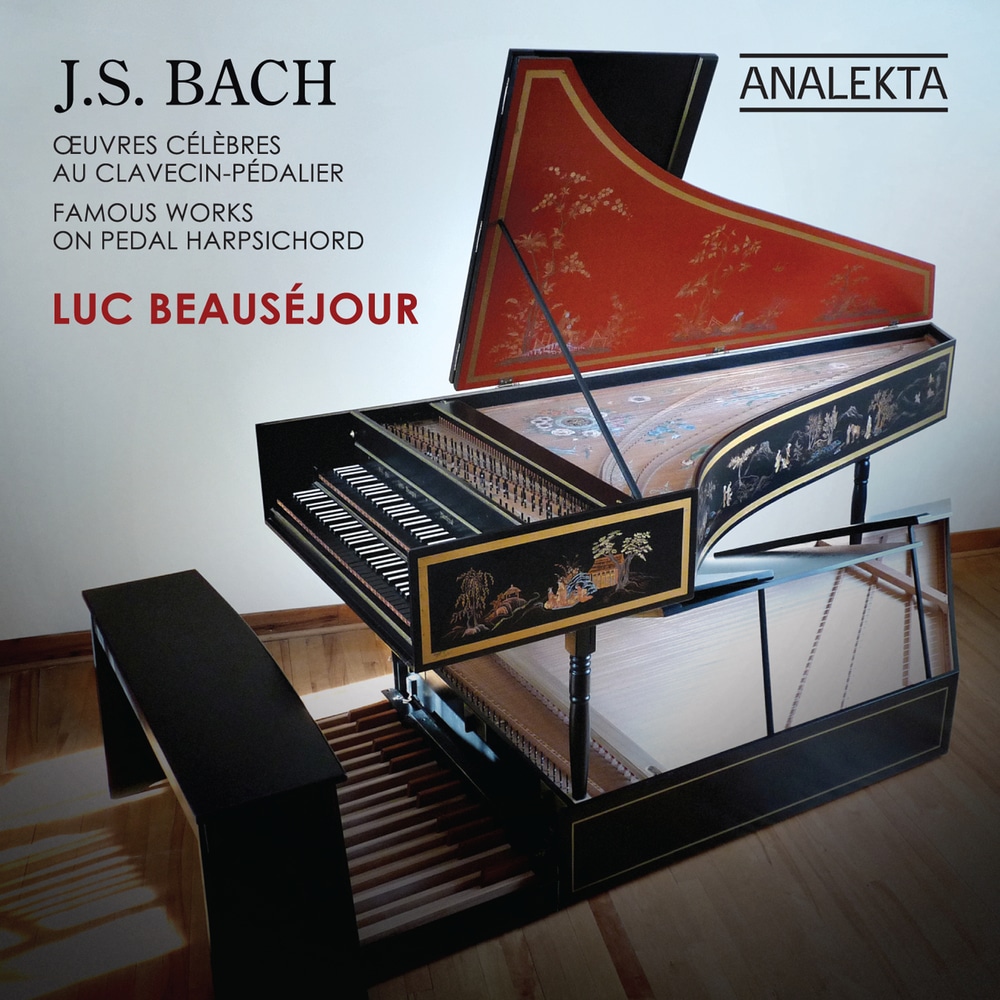 Available in 88.2 kHz / 24-bit AIFF, FLAC high resolution audio formats
Although the pedal harpsichord never had its hour of glory, it was definitely used by a number of organists, particularly in the 18th century. J.C. Vogler, a student and admirer of J. S. Bach and organist at the court of Weimar, owned one of exceptional quality that was praised both in a contemporary advertisement and in Anleitung zur musicalischen Gelahrteit, a book on musical instruction by Jackob Adlung dating from 1758: “Pedals are sometimes added to these instruments (harpsichords), or better still, a separate pedal box is made, which is affixed to the harpsichord. However, this must be built with great care so that the tension of the strings does not deform the case and that these instruments hold their tuning well. The most beautiful harpsichord and, at the same time, the most beautiful pedal harpsichord that I have seen are those that Mr. Vogler, burgomaster in Weimar, allowed me to see and hear, and who had himself given the instructions for their construction.” He also noted that “the pedal box had two choirs of unwound 8-foot strings and one choir of wound 16-foot strings. The lid had a door that could be opened to increase the volume. The cases were both artistically covered with veneer.” In his posthumously published work Musica mecanica organoedi, Adlung added that “the case can be built like that of a clavichord or like that of a harpsichord. In the second case, the strings are plucked by quills and one will have a harpsichord with pedals. As the harpsichord is characterized by its beautiful sonority, pedals of this kind will produce a most happy effect. This instrument does not demand a particular description. It is built like an ordinary harpsichord, but with a range of only two octaves. The jacks are similar, but they are spaced farther apart, since the two octaves take as much space as four in an ordinary harpsichord.” Makers of the period favoured two approaches. The first was to simply outfit an ordinary harpsichord with a pedalboard, which was attached to the lowest notes of the instrument with cords or a mechanism. The second combined two independent harpsichords, the lower one played with a pedalboard and having its own strings and register, complementing the upper one in timbre. In designing the instrument played by Luc Beauséjour on this recording, maker Yves Beaupré was inspired by the latter configuration. “The pedal harpsichord remains a formative instrument,” explains Beauséjour. “It allows one to hear everything; polyphony comes through with great clarity, and everything is recreated with remarkable precision.”
88.2 kHz / 24-bit PCM – Analekta Studio Masters