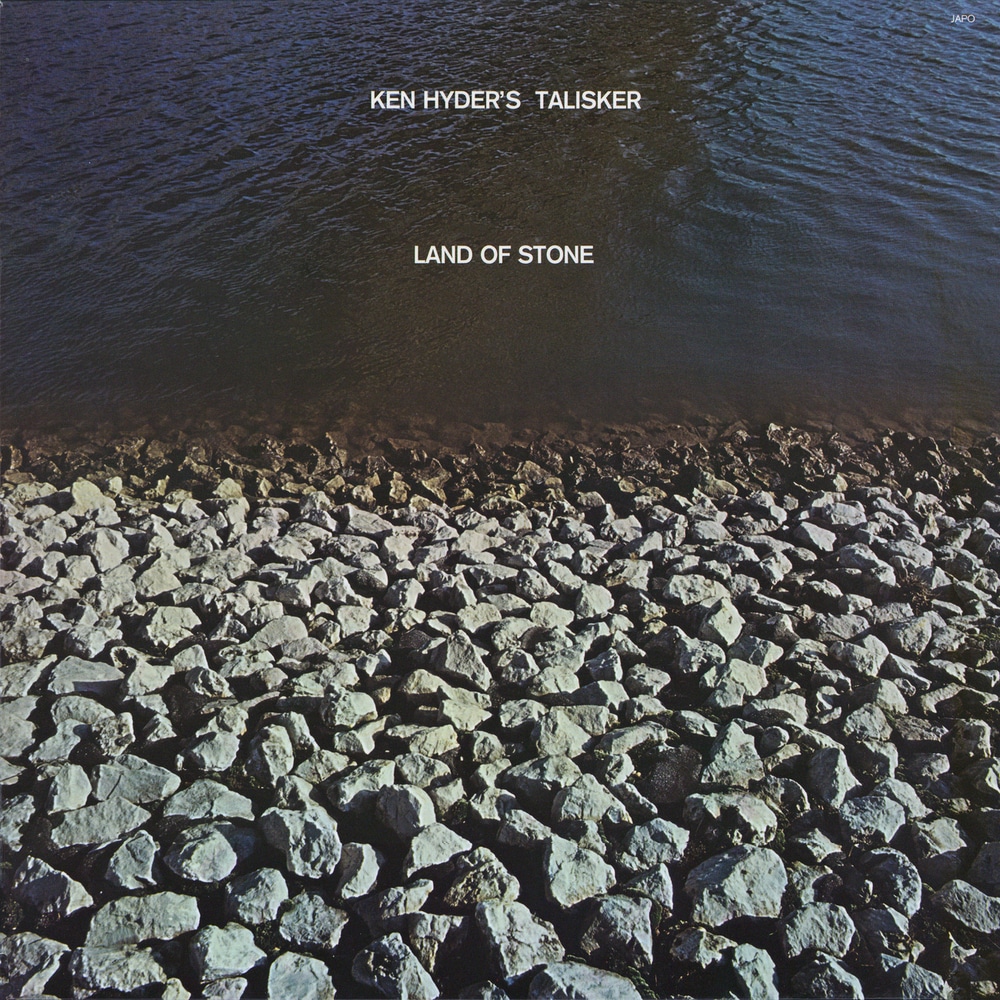 Available in 96 kHz / 24-bit AIFF, FLAC high resolution audio formats
Over a career spanning more than four decades, Scottish percussionist and vocalist Ken Hyder has developed a strong body of work, though perhaps none so robust as his Talisker outfit. Combining Celtic and jazz influences, Talisker debuted in 1975 with Dreaming Of Glenisla on Virgin Records. Yet as Hyder’s musical interests began to expand to traditional Irish music and further to Asian monasticism, his sound opened itself to a world of possibilities. Enter album the second, Land Of Stone, which found a home on the JAPO label two years later. Hyder insists that improvisation was a vital component of Scottish bagpipe playing, and in a tripartite pibroch he explores the crossover from the Highlands to the fringes of American free jazz, dedicating parts respectively to the MacCrimmons (a notable family of pipers), John Coltrane, and Albert Ayler. After a microscopic dialogue between bassists John Lawrence and Marcio Mattos, soprano saxophone masquerades as bagpipe in piercing shepherd’s call. Hints of a jig rise and fall from deeper drones, a sky behind mountain silhouettes. Over the click of cymbal, dense voices weave in and out of earshot, taking solid presence in the loam of memory, to slumber and to molt. The banshees return with gentle persuasions, their ashen hair and earthward grins blistered by the rub of their limbo. Yet with the coming of rhythm they achieve communication somewhere on the other side of fear, ecstatic totems each passing through sea and grain until the wind puts fingers to lips and blows. Cleaning off the dust of age, Talisker shakes out tunes old and new, and with the chaff pieces together charcoal fields as would a cobbler hammer a sole. Or is it soul? There’s plenty to be had in this land of stone.
96 kHz / 24-bit PCM – ECM Records Studio Masters