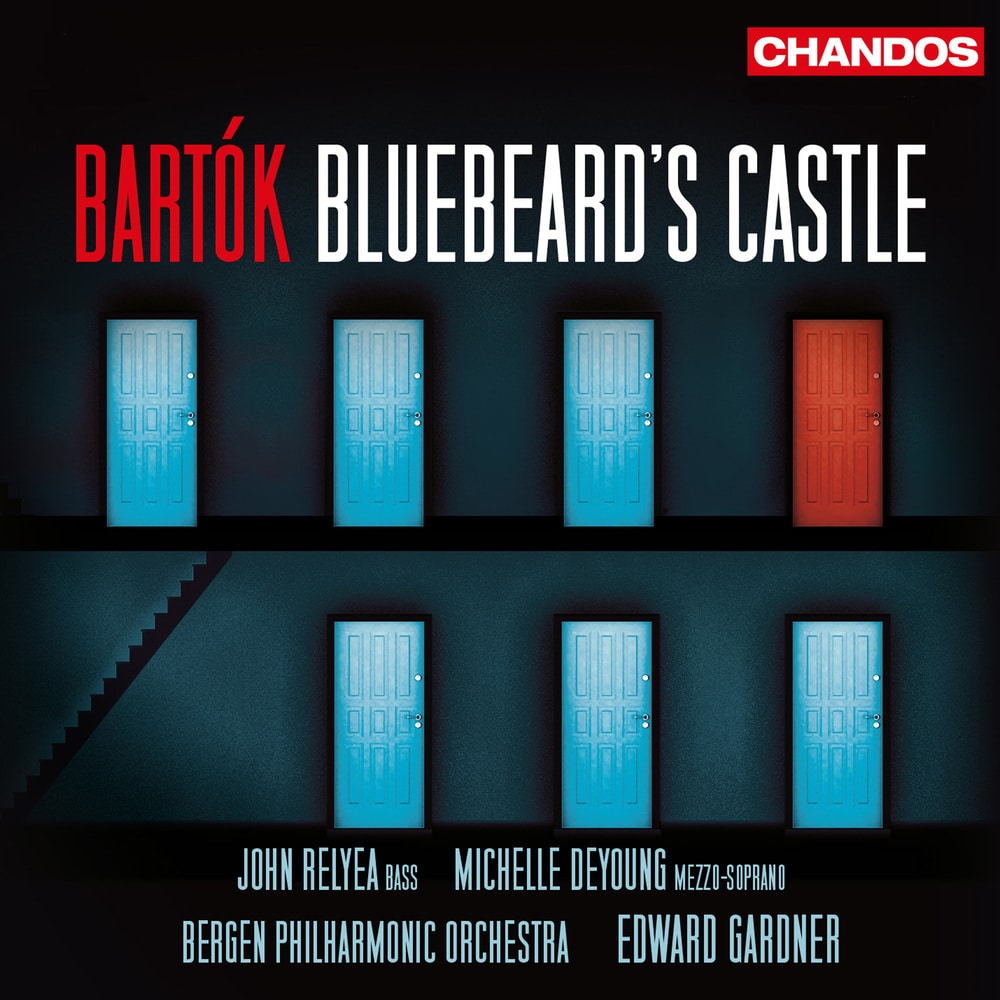 Available in 96 kHz / 24-bit AIFF, FLAC high resolution audio formats
Following outstanding reviews for his interpretation of Duke Bluebeard around the world, notably at the Paris Opéra and then in Philadelphia and New York with Michelle DeYoung, John Relyea stars in this recording of Bartók’s psychological thriller. The two protagonists are joined by Edward Gardner and his Bergen Philharmonic Orchestra, and the Hungarian actor Pál Mácsai who delivers the Prologue, the work being sung in the original Hungarian. Bartók’s only opera, Bluebeard’s Castle was composed in 1911 and is based on a libretto by Béla Balázs (a room-mate of Kodály), which met Bartók’s desire for a subject that was modern, but drawn from traditional culture.
96 kHz / 24-bit PCM – Chandos Studio Masters