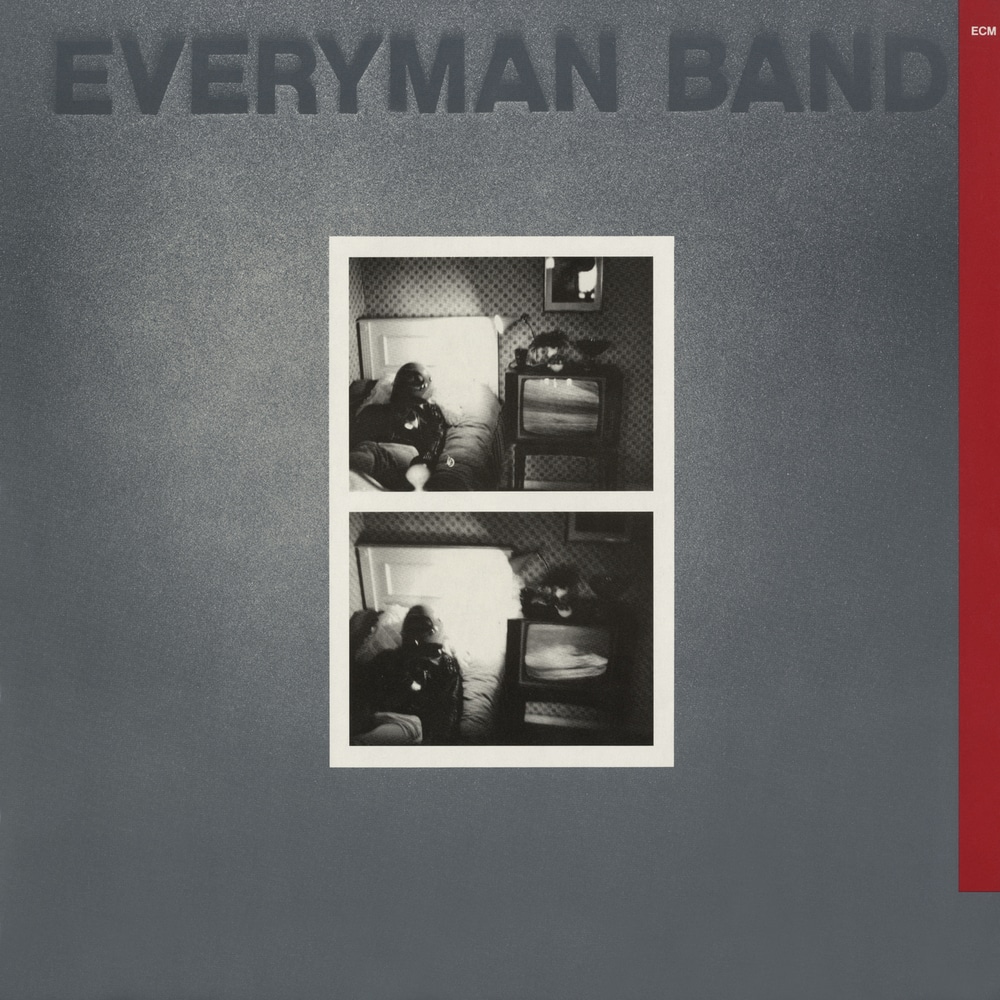 Available in 96 kHz / 24-bit AIFF, FLAC high resolution audio formats
What began as Lou Reed’s backing in the seventies stepped out on its own as Everyman Band, recording this self-titled debut for ECM in 1982. If a group is only as good as its musicians, then the name is a contradiction: not everyone possesses the firepower of Michael Suchorsky on drums, David Torn on guitar, Bruce Yaw on bass, and Marty Fogel on saxophones. The latter brings his idiomatic flair with three originals. Torn steals the show in “Lonely Streets,” a smoldering trek through nocturnal fires and other hidden conflagrations. Fogel spikes this punch with his own choice poisons. Yaw keeps up at every turn of phrase, and keeps us “On the Spot” with a memorable bass line, around which Fogel herds Torn’s flock in tight circuits. “Fatt Blatt” weighs in with a heavy tenor solo before the quartet pulls its best funk off the rack in a monochromatic swing. Yaw has his moment in the sun before diving back into the vamp with a vengeance. Torn hones in with two clicks of his own. “Morals in the Mud” opens the album with a bang, his Strat popping the bubble of our attention with a neon pin, while “The Mummy Club” gives off an airier vibe. A slap bass distinguishes this wobbly palate-cleanser from the rest, as Fogel surfs Torn’s mighty chordal crashes with finesse. Suchorsky and Yaw churn out one tune apiece. “Japan Smiles” has a deeper, headier sound and features some fantastic bass/sax interaction. “Nuclear Suite,” on the other hand, is less direct, and speaks in tongues over a vast dynamic breadth. The appearance of a soprano sax lightens the load considerably. Playful, jaunty rhythms abound, overturning post-apocalyptic rubble for clues to a hidden past. Torn elbows his way through with an incisive solo. Like a slingshot of light into the evening sky for want of a meteor shower, it trails with unnaturally prolonged fire. This album is an all-around solid effort brimming with guttural, after-midnight sounds that are iconic of the very era they tear to shreds. The band’s style is both distant and in our faces.
96 kHz / 24-bit PCM – ECM Records Studio Masters