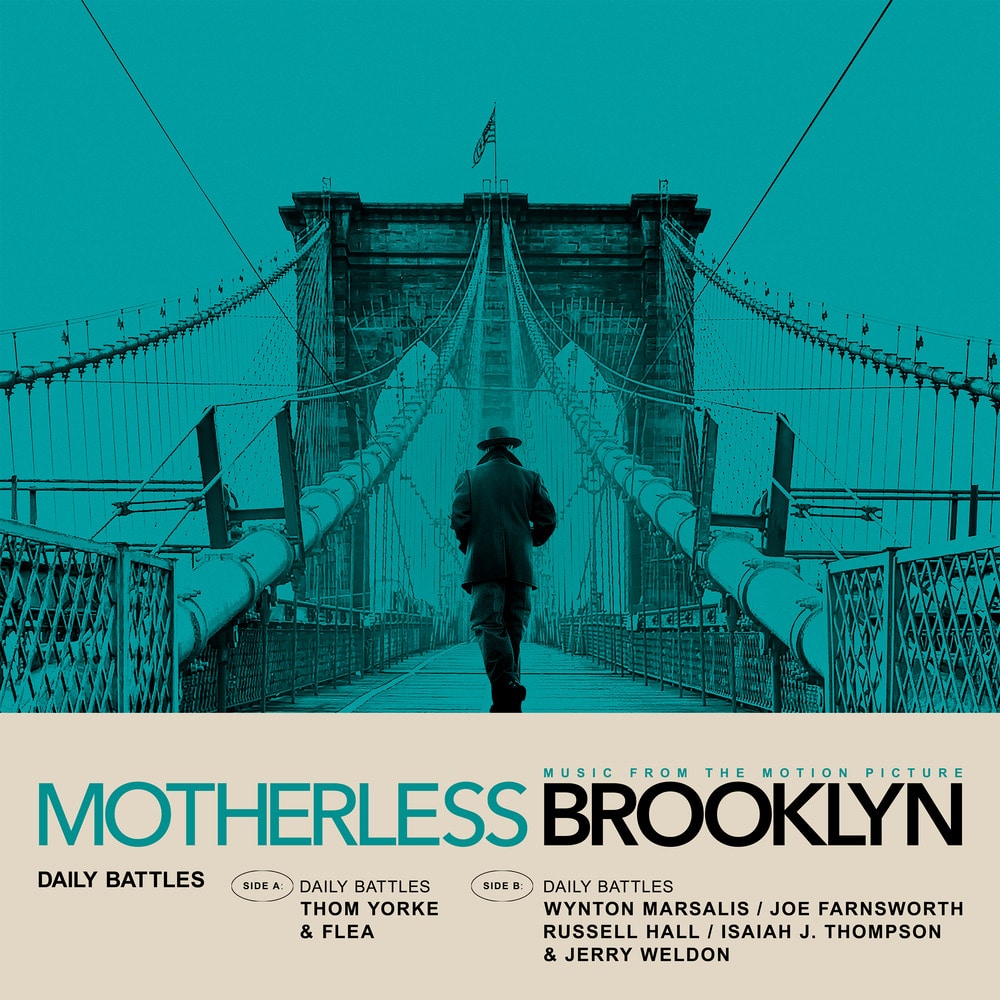 Available in MQA and 48 kHz / 24-bit AIFF, FLAC audio formats
“Daily Battles” was written by Thom Yorke (Radiohead, Atoms For Peace) for Motherless Brooklyn the film directed, written by, produced by and starring Edward Norton. The film features two versions of the song, each performed by musical icons of modern music. Thom Yorke along with Flea (Red Hot Chili Peppers, Atoms For Peace) performs a sparse and emotionally stunning version of the song. The other version of “Daily Battles” was arranged and performed by jazz trumpet icon Wynton Marsalis, who, along with his hand picked quintet of heavy-hitter-jazz-stalwarts delivers an instant jazz standard version of the song that conjures images of the 1950’s-era gin-soaked Harlem jazz club seen in the film.
48 kHz / 24-bit PCM – Watertower Music Studio Masters

Disc 1, Track 1 – contains material which has been processed by a perceptual audio coding algorithm