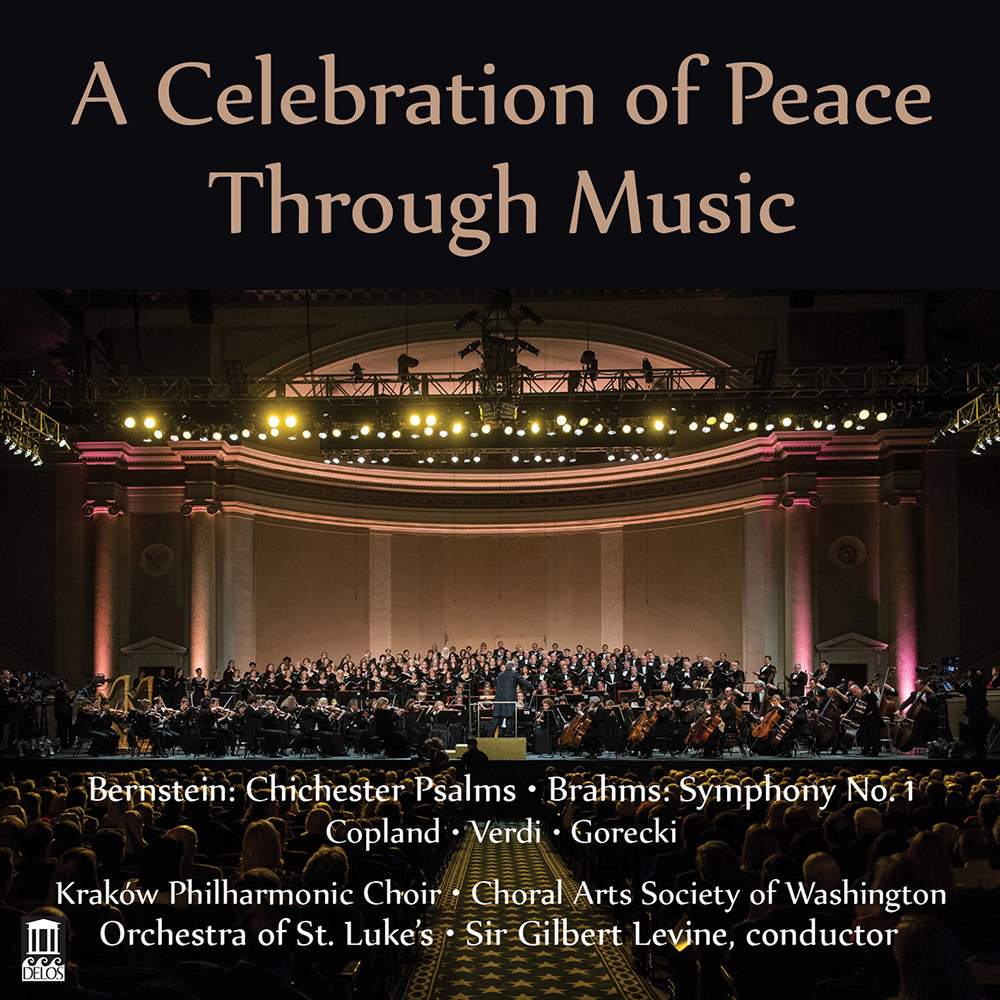 Conductor Sir Gilbert Levine conceived this album as a companion to a television broadcast also entitled A Celebration of Peace Through Music, comprising spiritually oriented works by Copland, Verdi, Górecki, Bernstein and Brahms, thrillingly performed by the Kraków Philharmonic Choir, the Choral Arts Society of Washington and the Orchestra of St. Luke’s. Over his career, Levine has conducted many ecumenically-spirited interfaith concerts at the Vatican and elsewhere that feature varied music of universal spiritual values, promoting reconciliation among different faiths and world peace. As a result, he has been granted the honour of a Papal knighthood, hence the title of “Sir."
96 kHz / 24-bit PCM – Delos Studio Masters