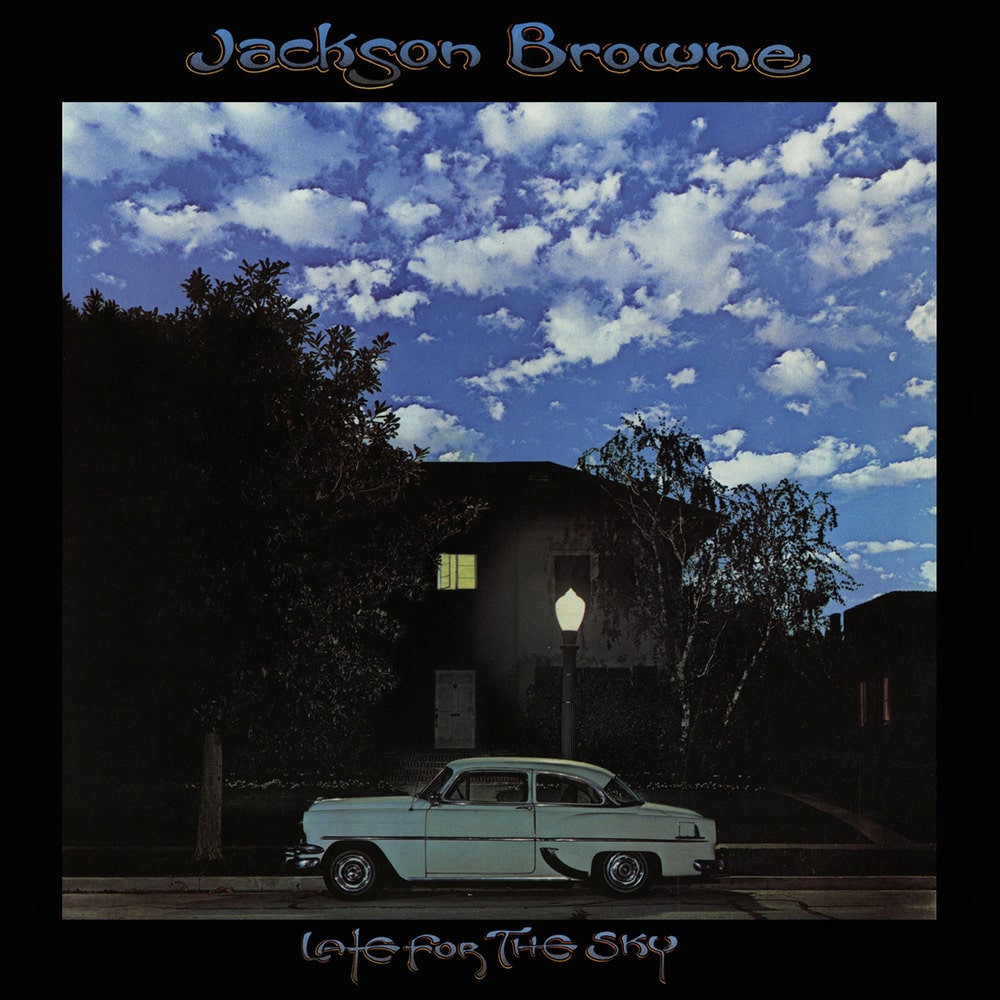 Late for the Sky

Available in MQA and 192 kHz / 24-bit, 96 kHz / 24-bit AIFF, FLAC high resolution audio formats
Late for the Sky is the third album by American singer–songwriter Jackson Browne, released in 1974. It was nominated for a Grammy Award in 1975. Browne was still living in his childhood home, The Abbey San Encino, where he began writing the songs for his third album. Because of the high costs of recording his previous album, Asylum Records founder David Geffen required him to complete this next album quicker and at less cost. Browne decided to use his touring band of David Lindley, Doug Haywood, Jai Winding, and Larry Zack. It was also decided that Al Schmitt, an engineer on For Everyman, would co-produce to aid in the album being completed on time. The album was completed in six weeks and at half the cost ($50,000) of For Everyman. Numerous friends of Browne's, including Dan Fogelberg, Don Henley, and J. D. Souther contributed harmony vocals. There were only eight songs on the album, five of them longer than five minutes.
192 kHz / 24-bit, 96 kHz / 24-bit PCM – Rhino/Elektra Studio Masters