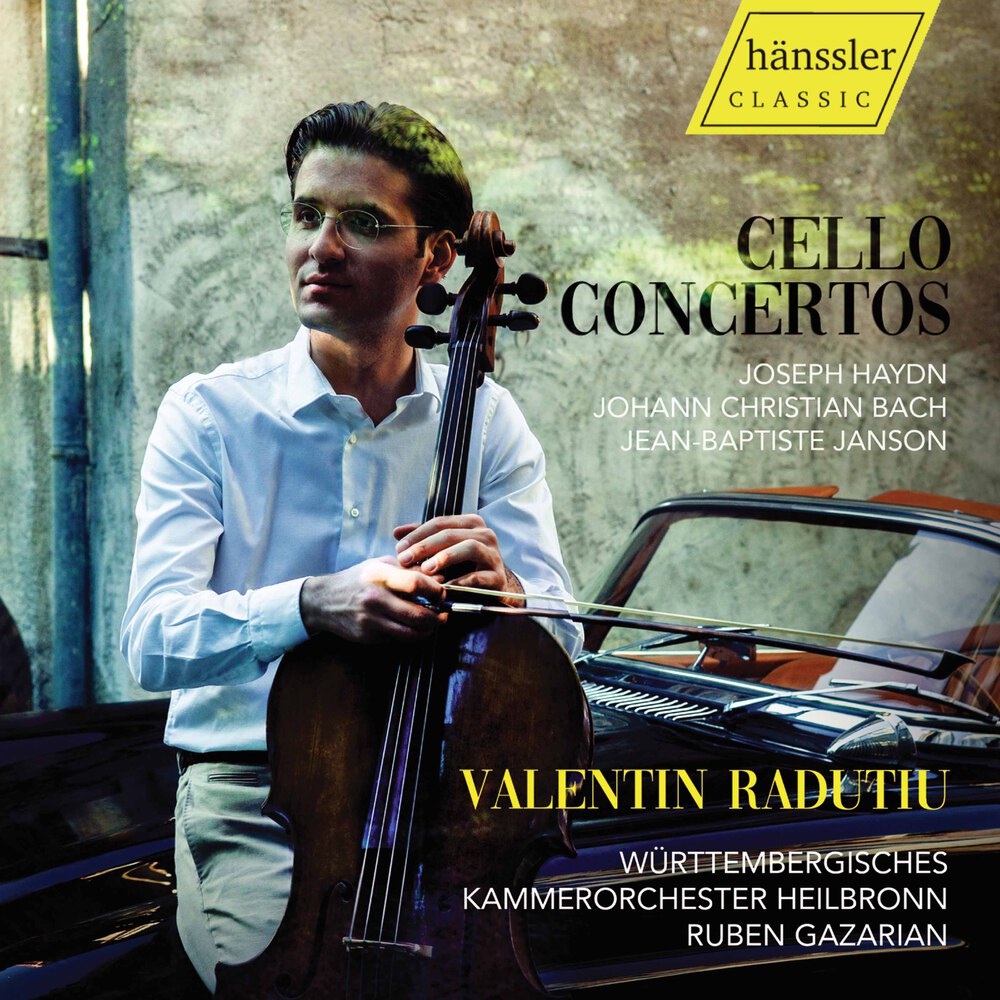 Available in 96 kHz / 24-bit AIFF, FLAC high resolution audio formats
Praised by the Süddeutsche Zeitung for his “glowing, distinctive and exciting masculine tone" as “one of the great cello talents of our time“ (Süddeutsche Zeitung, 15.10.2013), cellist Valentin Radutiu was born in Munich and received his first cello lessons from his father at the age of six. He later studied in Salzburg, Vienna and Berlin with Clemens Hagen, Heinrich Schiff and David Geringas. Radutiu has released several album recordings: In addition to the 2011 debut release, an album with French works by Lalo, Ravel and Magnard is available, and the 2014 release of the complete works for cello and piano by George Enescu with Per Rundberg was praised by critics as a benchmark recording (Haenssler Classic). Radutiu plays a cello made by Francesco Ruggieri (Cremona, 1685). On this newest release, he performs works by J.C. Bach, Casadesus, Haydn, and Janson.
96 kHz / 24-bit PCM – haenssler CLASSIC Studio Masters