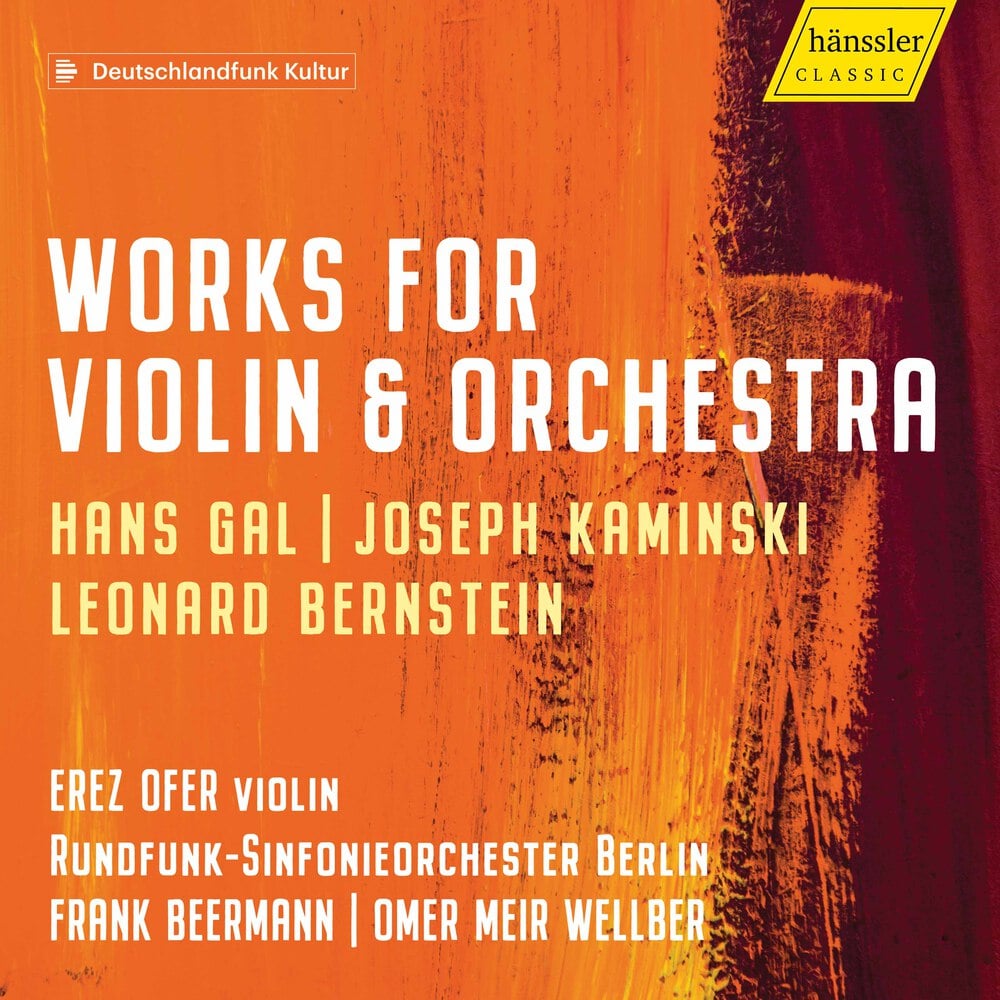 This program offers music for violin and orchestra by three composers of the 20th century whose common denominator is Jewish origin. Two of them suffered from the consequences of the National Socialist oppression in pre-war Germany. The composer, musicologist and music theorist Hans Gál (1890-1987), who was born in the Austro-Hungarian Empire, resigned as director of the Mainz Conservatory. He went to England and spent the rest of his life there.

Joseph Kaminski (1903-1972) was born in Odessa. The musically gifted boy started playing the violin at the age of six and already played as a soloist with the Warsaw Philharmonic at the age of 12. He moved to Berlin in 1922 and studied it at the conservatory (highly praised by the Berlin music critics) , then to Vienna (1924), where he continues his studies with Hans Gál and others. He emigrated to Israel in 1937, where he joined the Palestine Orchestra (renamed the Israel Philharmonic Orchestra in 1948) as principal violinist.

The third composer on this album, Leonard Bernstein (1918-1990), had a completely different start in life. The son of Jewish immigrants to the United States, which was born in 1918 in Massachusetts. "Lenny" - as the world knew him - rose in the USA and then around the world to become a musical superstar.

Erez Ofer, who inspires in this album with his brilliant virtuosity, fascinates with his repertoire for violin!
48 kHz / 24-bit PCM – haenssler CLASSIC Studio Masters