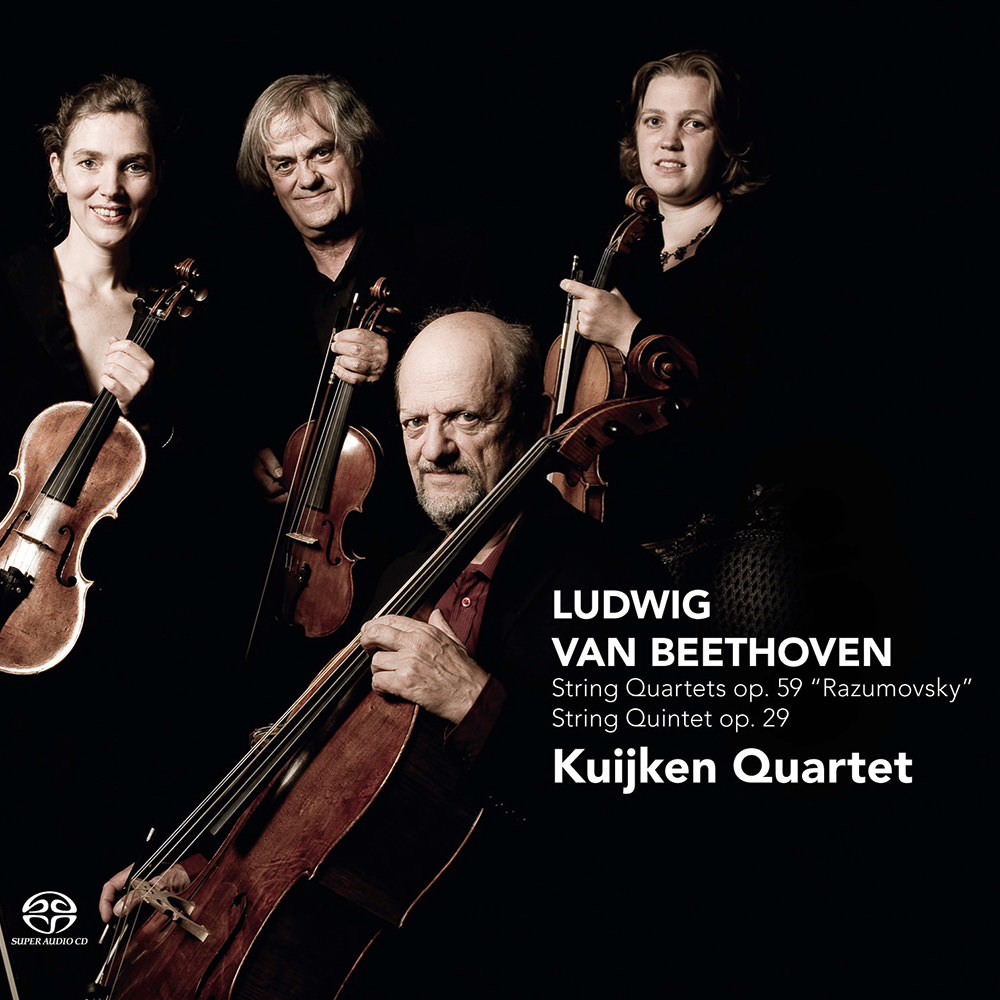 Available in 96 kHz / 24-bit AIFF, FLAC high resolution audio formats
"In a crowded field, this version stands its ground ... when it comes to capturing the intensity of creation of Beethoven's extraordinary triptych, the Kuijken Quartet are often compelling ... their sense of focus is unfailing." - Gramophone Beethoven was experimenting with new ideas for string quartets when he composed the three Razumovsky quartets, commissioned by Prince Razumovsky and performed in public by the first professional string quartet. Before this time, string quartet playing usually happened in living rooms, where talented amateur musicians would entertain themselves among friends. By writing string quartets, Beethoven became involved in an entirely new setting. On this double album, the period instrument specialist Kuijken Quartet has, exceptionally, chosen to use modern instruments. "This recording was made with so-called ‘modern’ instruments. Although our name is generally linked with period performance practice, listeners should not expect or seek a deliberate, specific ‘historic’ tendency in this recording: this was not what defined our collaboration for this production." - Sigiswald Kuijken, violinist
96 kHz / 24-bit PCM – Challenge Classics Studio Masters