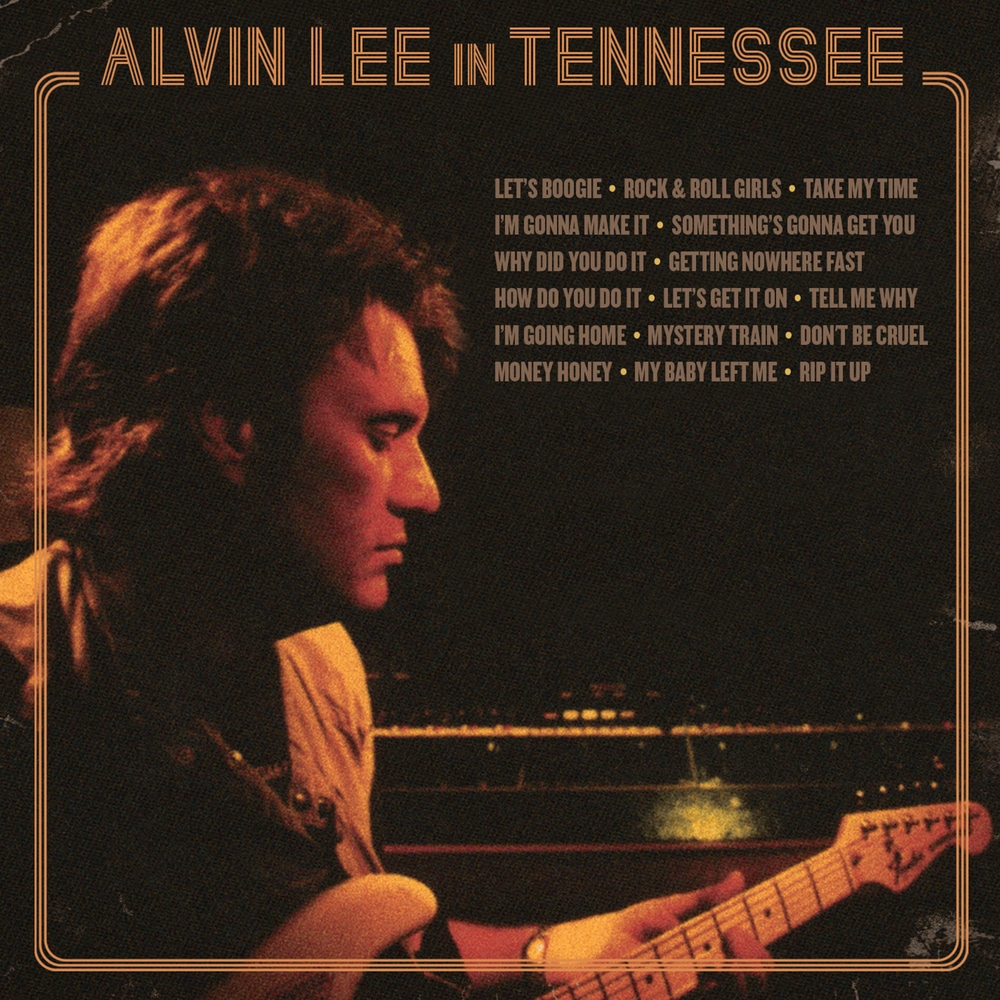 Available in 44.1 kHz / 24-bit AIFF, FLAC audio formats
Alvin Lee returns to his musical roots on his 25th album, In Tennessee. The legendary singer and guitarist--of Ten Years After fame--is joined by his own musical heroes, former Elvis Presley guitarist Scotty Moore and drummer DJ Fontana, to cook up an authentic blend of rockabilly and blues. Ever since he picked up his first electric guitar (a Guyatone) as a kid back in Nottingham, England, Lee heard the call coming from Nashville, in the form of Scotty Moore's gritty, soulful playing on "Heartbreak Hotel" and other Elvis hits. Flash forward a few years and Lee's getting off the plane in Nashville with his "Big Red" Gibson 335 guitar in hand, ready to record a new album with Moore. To make the sessions a truly special event, the recording took place in a space Moore built into his own basement. Not only that: the band that would gather there was probably the finest that could be assembled for a few days of pure rock & roll: D.J. Fontana, the rhythm dynamo on all those Moore sessions with Elvis, would lay down his no-nonsense, nothing-but-the-groove backbeat on drums. Pete Pritchard, a co-founder of the respected Alligator label, would slap, hammer, and lock his acoustic bass line into the rhythm, just as he had done on records with Chuck Berry, Bill Haley & His Comets, and other masters of the craft. And the organ and piano would be manned by Willie Rainsford, who has been summoned to record or tour with Garth Brooks, Alan Jackson, Marty Robbins, Steve Earle, Dottie West and countless other artists who know great keyboard playing when they hear it. The results jump from the surface of Alvin Lee's In Tennessee. Lee may never have had a band as tight and soulful as these all-stars. There's not a wasted note in the pop of Fontana's snare or Pritchard's prowling bass. And there isn't a band alive that can play pure rock and old-school R&B like these guys either. You won't hear any fancy effects, unless you count that slapback on some of Lee's lead vocals. Every song in this set exists for one purpose only: to inspire the band to hit it with passion and joy. And every lick they play is aimed right at you, with the intention of getting you out of that chair and up on your feet. This deluxe edition features 5 additional live tracks!
44.1 kHz / 24-bit PCM – Rainman Records (RED) Studio Masters