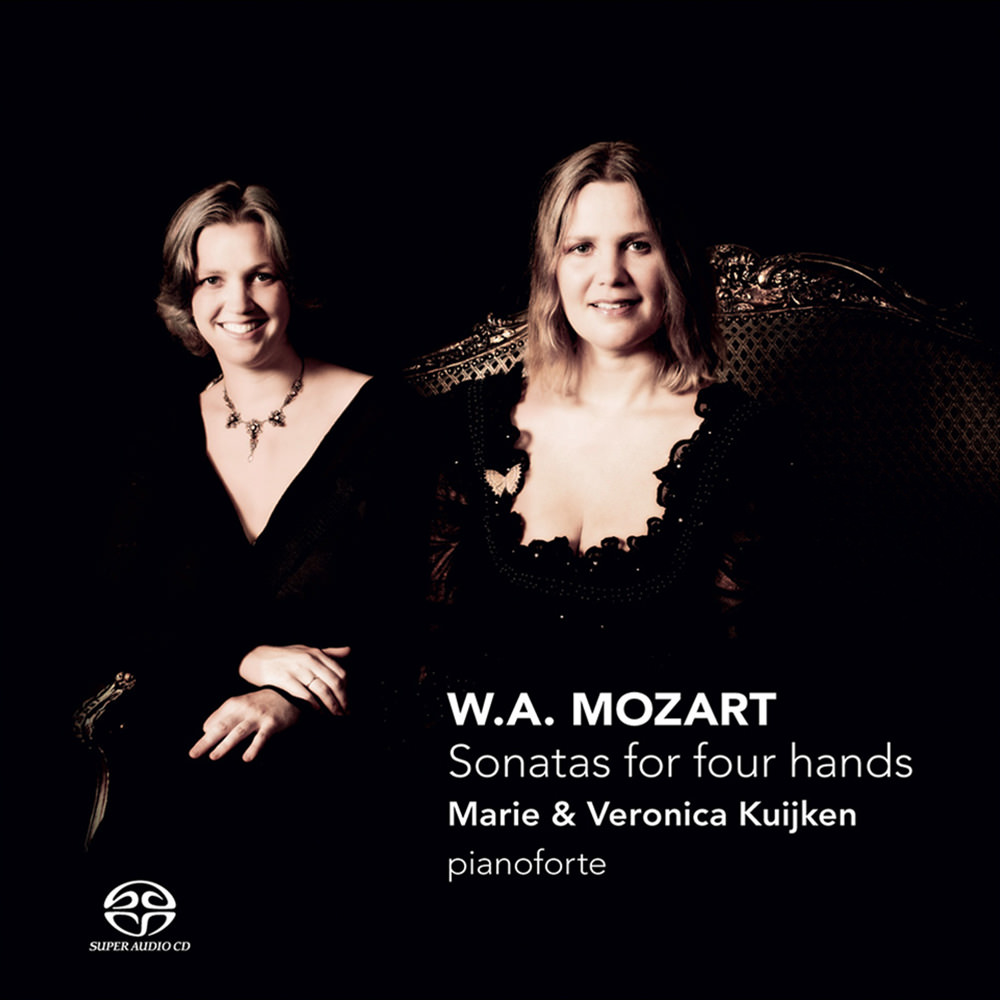 Available in 96 kHz / 24-bit AIFF, FLAC high resolution audio formats
"Those who expect a mild-mannered, early music approach will be surprised by the forthright vigour of the playing of these sometimes complex works. The Kuijken sisters manage to do it all and their instrument renders crisply what might be muddied on a more modern instrument. I admire the energy and swift abandon ... these performances are uniquely attractive." - Fanfare Mozart wrote five duet sonatas and several works for pianoforte four-hand. The four-hand pieces on this album are Mozart’s last two and most monumental sonatas that explore the limits of the pianoforte, both literally and regarding sound volume. Mozart did not shy away from giving both players independent and often complicated and technically demanding parts. Rising admirably to the challenge are sisters Veronica and Marie Kuijken, daughters of early music conductor Sigiswald Kuijken and members of the family ensemble the Kuijken Quartet. As period instrument specialists, it's not surprising that the sisters use a copy of a 1788 Johann Andreas Stein pianoforte on this recording. They explain "the instrument dictates, so to speak, what can and cannot be done. As its touch is much lighter than that of a modern piano, it is also much easier to gracefully play the virtuosic fast passages."
96 kHz / 24-bit PCM – Challenge Classics Studio Masters