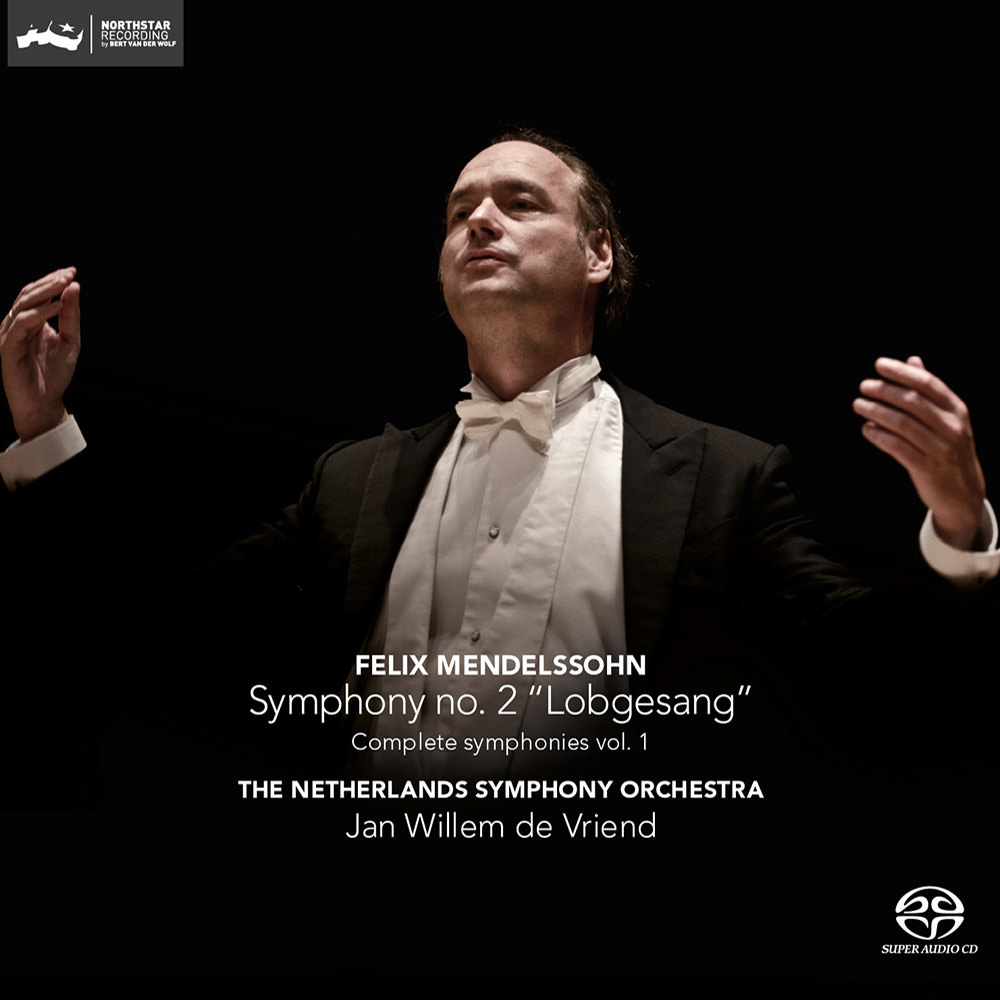 Available in 96 kHz / 24-bit AIFF, FLAC high resolution audio formats
"... the text is celebratory rather than solemn and one certainly senses it with this conductor’s enthusiastic, energetic approach. If I were purchasing a single disc of the Lobgesang, this would be my choice ..." - Fanfare "... de Vriend paces the various sections of the finale shrewdly. I particularly appreciate the energy he brings to the music, even when the tempo is not fast; there is no stuffiness or sentimentality about this ... this is a successful launch for de Vriend’s cycle. The recorded sound is very good ..." - MusicWeb International Conductor Jan Willem de Vriend and the Netherlands Symphony Orchestra embark on a new adventure with this release: the complete cycle of Mendelssohn's symphonies. De Vriend got copies of the original publications of these works, complete with fingerings and bowings, and studied these editions closely, learning much about how music was played at that time. Through this, he and his orchestra more fully assimilated Mendelssohn.
96 kHz / 24-bit PCM – Challenge Classics Studio Masters