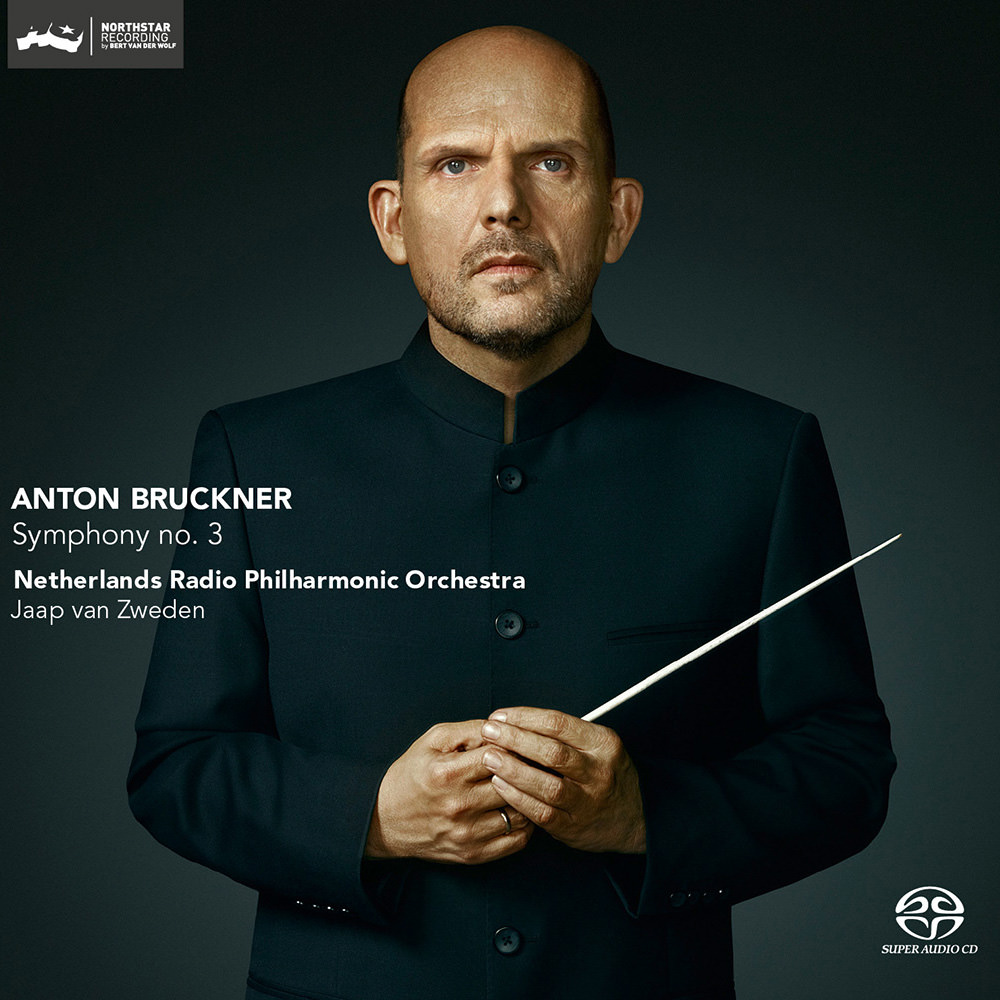 Available in 96 kHz / 24-bit AIFF, FLAC high resolution audio formats
"Five Stars ... (van Zweden) has trained his orchestra to perform them brilliantly. This is a leading recommendation ..." - BBC Music Magazine "Dynamic shadings are expertly handled, with abundant atmosphere and the release of power whenever it is required ... van Zweden is one of the most seasoned Bruckner conductors working today and this version of Bruckner’s Third is undoubtedly a major achievement ..." - MusicWeb International "... there is plenty of space around the orchestra, a sense of presence to every section and as much detail in the string sound as you could wish for. A high recommendation then, for this Bruckner ... van Zweden gives a spacious account ... the orchestra produces weighty, but never ponderous, textures ... all of these sounds are clear, but they’re complex too and the superior audio does a great job of picking up all the minute details ... one of the most satisfying and compelling recent recordings of the work." - Fanfare This album is part of the series of complete Bruckner symphonies from conductor Jaap van Zweden and the Netherlands Radio Philharmonic. The previous symphonies in the cycle were all released to great critical acclaim, showcasing van Zweden's deep understanding of this music like no other conductor, a true master when it comes to Bruckner.
96 kHz / 24-bit PCM – Challenge Classics Studio Masters