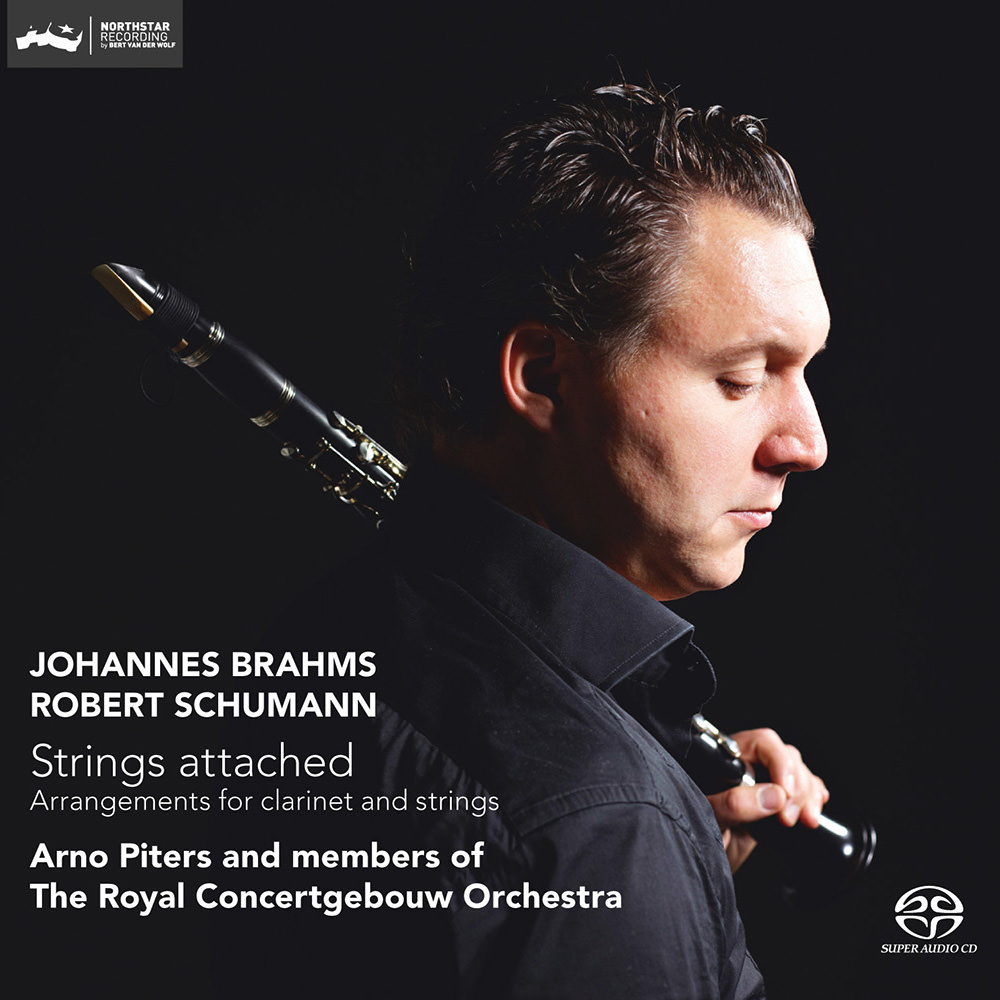 Available in 96 kHz / 24-bit AIFF, FLAC high resolution audio formats
"Four Stars. Arno Piters’s playing is as mellifluous as can be ... if you enjoy the art of the arranger, even if you’re just an admirer of all things Brahms and/or Schumann, there is much here to savour." - Audiophile Audition This recording puts the emphasis on the arrangements, handled by Dutch composer and conductor Geert van Keulen. He states that for this performance only the piano music was adapted while the clarinet scores remain unchanged. Stylistically, he says he tried to stay as close to the originals as possible: except for a few chords and solutions for a number of typically pianistic parts, the notes from the originals were not altered. As Schumann and Brahms were inspired by the musicians for whom they wrote these pieces, in working on the score van Keulen also had in mind certain musicians whose musical qualities aroused his enthusiasm, notably the score for the Fantasiestücke, written at the request of clarinetist Arno Piters.
96 kHz / 24-bit PCM – Challenge Classics Studio Masters