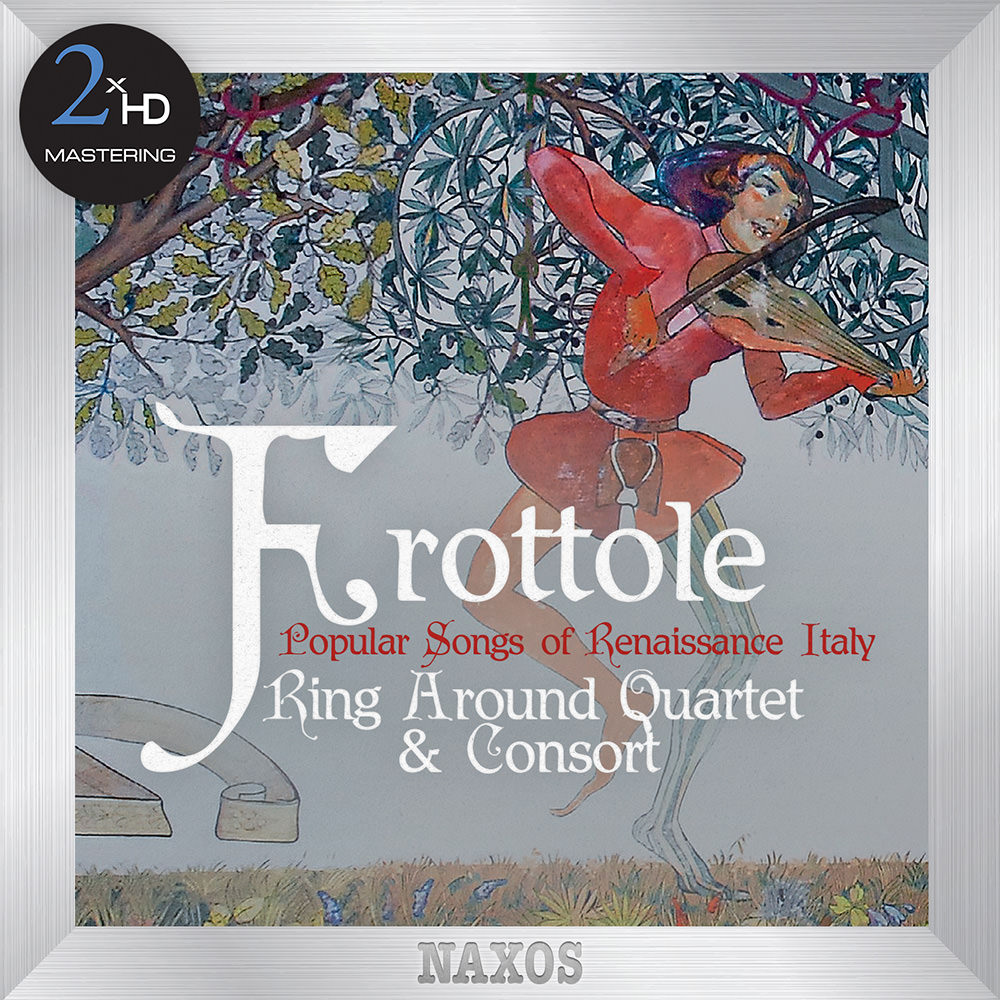 This recording explores a representative selection of Italian frottole, including works published by the historically pivotal figure Ottaviano Petrucci, from the original books printed in the early 1500s. Set to vernacular texts dealing mainly with the theme of love, frottole were short, improvisatory polyphonic songs with instrumental accompaniment that flourished in the Renaissance courts of Italy for some 40 years between 1480 and 1520. Despite its apparent simplicity, this completely new genre of song inspired some of Europe’s greatest vocal and instrumental musicians. The Ring Around Quartet, a vocal ensemble specializing in both early and contemporary music, is accompanied by the Ring Around Consort playing period instruments.
352.8 kHz / 24-bit, 192 kHz / 24-bit, 96 kHz / 24-bit PCM and 5.6448 MHz, 2.8224 MHz DSD – 2xHD - Naxos Studio Masters