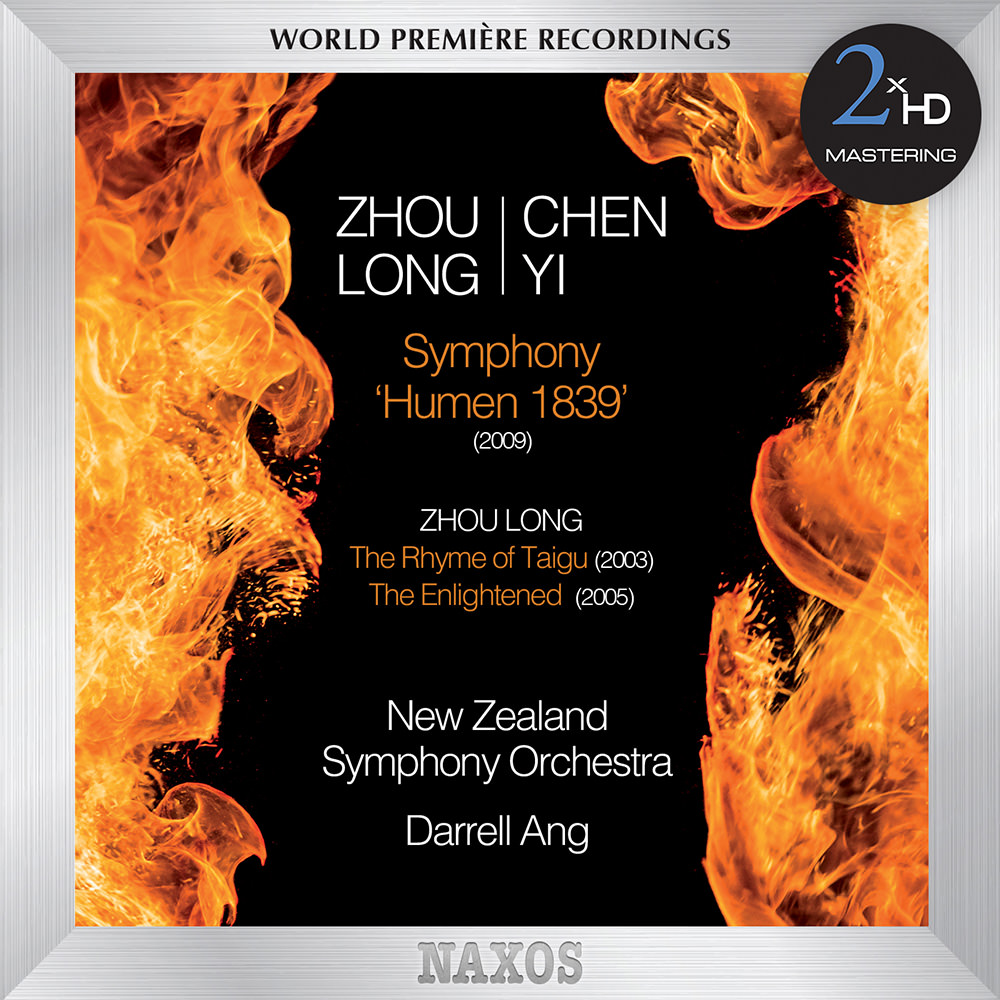 The New Zealand Symphony Orchestra and Darrell Ang turn their attention to one of China’s leading composers, Pulitzer Prize-winning Zhou Long, on this album of world premiere recordings. Long writes consistently compelling music, demonstrated here by The Rhyme of Taigu, which revives the spirit of Chinese court music from the Tang dynasty, drawing on traditional percussion instruments. Symphony "Humen 1839", co-composed with Chen Yi, vividly commemorates the public burning of over 1000 tonnes of opium, an event that was to lead to the First Opium War between Great Britain and China.
352.8 kHz / 24-bit, 192 kHz / 24-bit, 96 kHz / 24-bit PCM and 5.6448 MHz, 2.8224 MHz DSD – 2xHD - Naxos Studio Masters