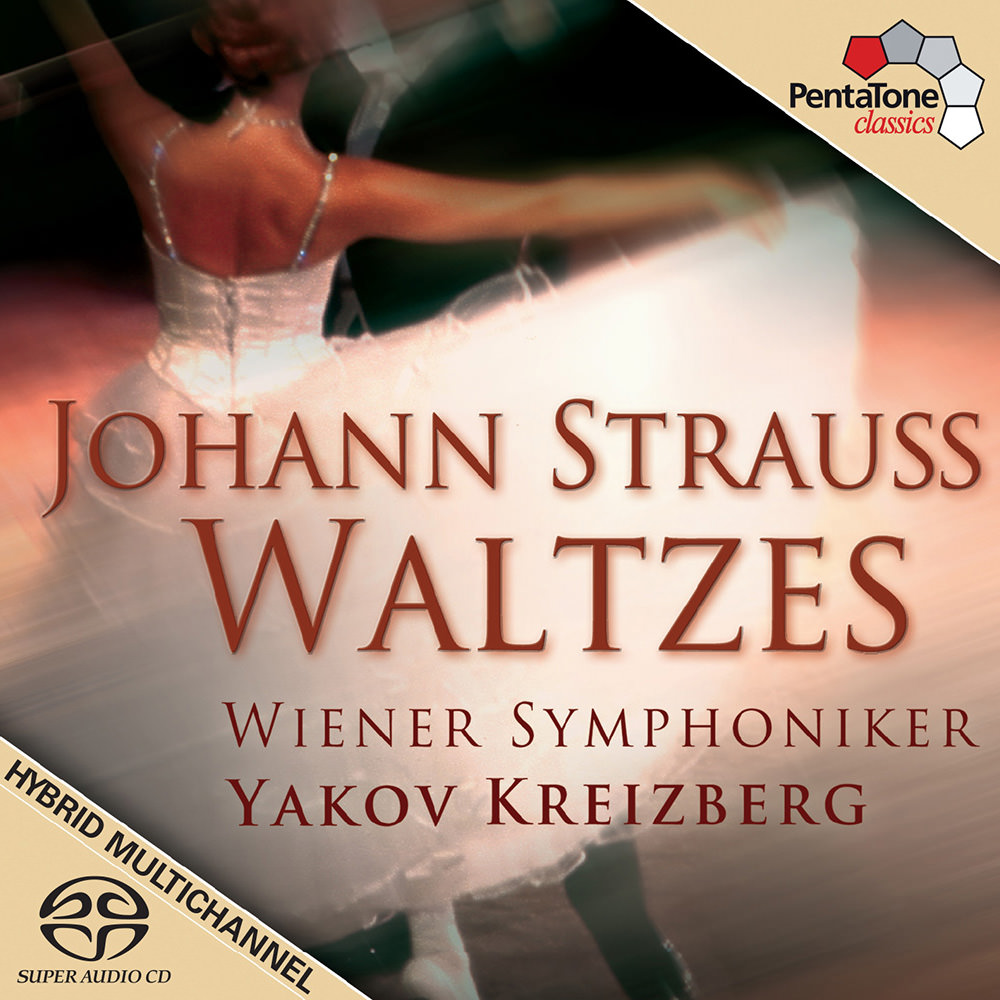 Available in 96 kHz / 24-bit AIFF, FLAC and 2.8224 MHz DSD high resolution audio formats
"... warmly recommended." - Fanfare "... beautifully captured luxurious orchestral sound with resonance, an admirable sense of space ... these are beautifully played." - ClassicalCDReview.com "Four Stars ... PentaTone’s recording producer apparently worked in close association with Kreizberg to capture the infinite colours and dreamy, instrumental flavourings which grace the individual waltzes in this collection. So the snare drum, the bass drum, the zither (in the Vienna Woods), the oboes, the brass, the harp, the flute, the triangle and the cymbal each receive their allotted 15 minutes of musical fame and definition." - Audiophile Audition Yakov Kreizberg and the Wiener Symphoniker recorded this collection of Strauss waltzes in June 2004; the album has been highly widely-praised for Kreizberg's interpretations as well as its sonic qualities, described as "dreamy" by Audiophile Audition.
96 kHz / 24-bit PCM and 2.8224 MHz DSD – PentaTone Studio Masters