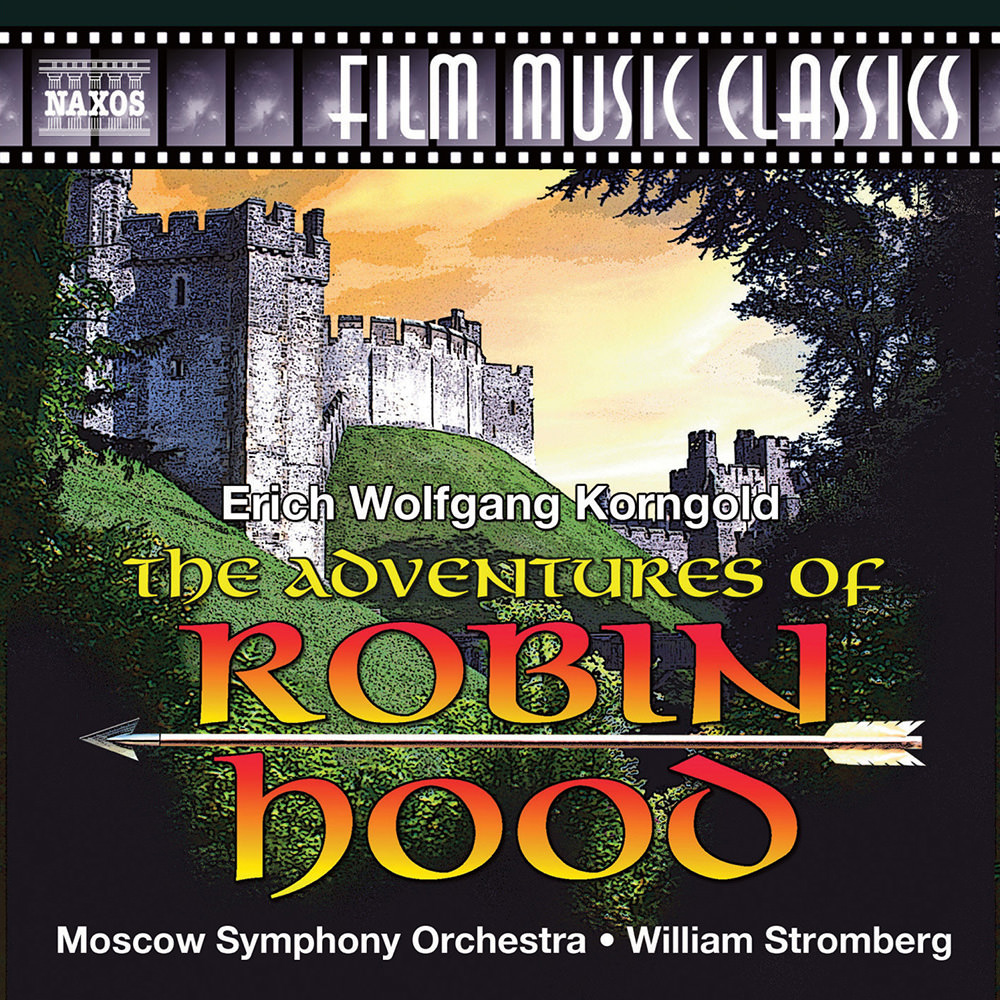 "Five Stars ... here at last, is the complete score from this brilliant, unsurpassed swashbuckler ... John Morgan deserves warm congratulations on his painstaking and meticulous reconstruction work. No detail seems to have escaped his attention. There is so much in this score to admire ... a thrilling, romantic score beautifully restored and performed. Highly recommended."
- MusicWeb International

"It's hard to believe that no one before now has made a complete recording of this, one of Korngold's most famous and beloved film scores, but it certainly has been worth the wait. Beautifully restored by John Morgan, with the Moscow Symphony on the best form we have seen so far, you now can enjoy 78 glorious minutes of some of the most evocative and colourful music ever to take the screen ... a self-recommending acquisition if ever there were one."
- ClassicsToday.com

This album contains the complete, restored score to the 1938 production of The Adventures of Robin Hood starring Errol Flynn, called one of the greatest film soundtracks ever composed and one of three movie masterpieces written by Erich Wolfgang Korngold. William Stromberg leads the Moscow Symphony Orchestra on this complete rerecording, lovingly restored by Los Angeles composer John Morgan.

"Gathering the physical materials for this first-ever complete rerecording was both exhilarating and frustrating. After getting Warner Bros. blessing to record this music, I had every page of surviving scores, instrumental parts and conductor books photocopied to begin the restoration process. To my initial disappointment, I discovered many of the key sequences were missing, both in full score and individual parts. I then located the official Robin Hood Suite, which contained some of the missing music. It is our hope that this recording will not only please the many fans of The Adventures of Robin Hood and its music, but will also be a satisfying musical experience on its own."
- John Morgan
48 kHz / 24-bit PCM – Naxos Studio Masters