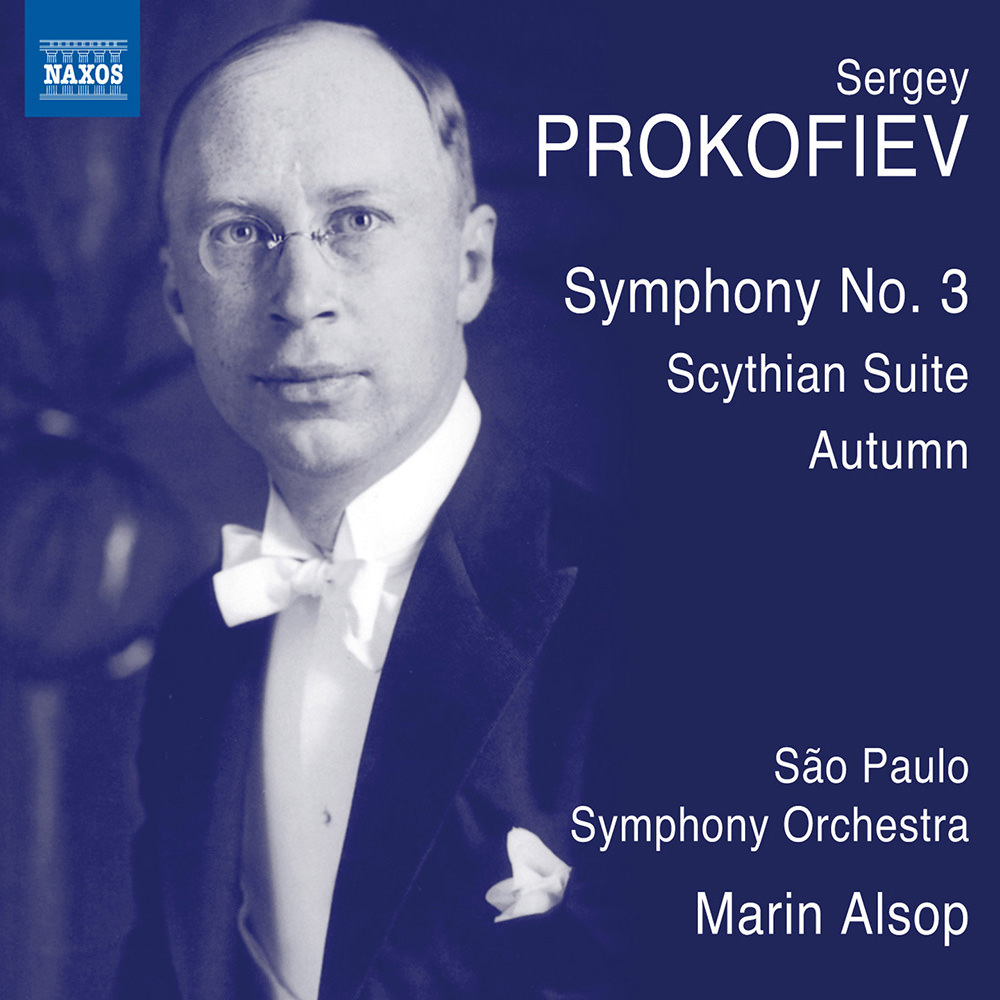 Available in 96 kHz / 24-bit AIFF, FLAC high resolution audio formats
"... Alsop has the measure of the symphony’s structure, dramatic pacing and emotional content, drawing a bright sound from the players, goading them into firm rhythmic propulsion and drawing out rich strands of string sound seasoned with the acerbic harmonies and instrumental clashes that lend the symphony such a powerful impulse." - The Telegraph This fourth volume in Marin Alsop’s acclaimed Prokofiev symphonic cycle with the Sao Paulo Symphony Orchestra features two of the composer's most viscerally exciting works. Using material salvaged from his opera The Fiery Angel, the Third Symphony was hailed at its 1929 premiere as "the best symphony since Tchaikovsky’s Sixth." Originally commissioned as a ballet but rejected as undanceable, the Scythian Suite has become a popular orchestral showpiece, while Prokofiev retained a lifelong fondness for his dark-hued early symphonic sketch Autumn.
96 kHz / 24-bit PCM – Naxos Studio Masters