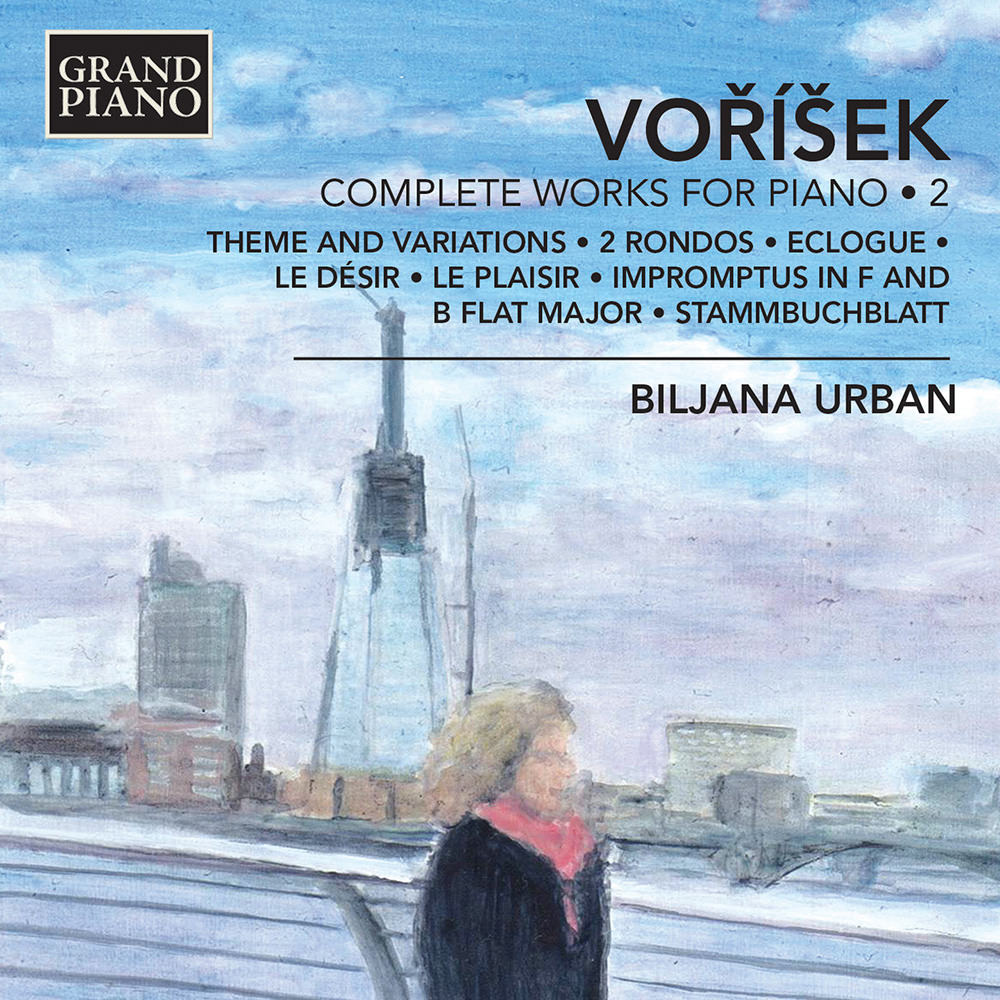 This second volume devoted to the music of Bohemian-born Jan Hugo Voříšek from pianist Biljana Urban charts his rapid compositional development from the early Stammbuchblatt and Impromptu to the tone painting of the Rondos. With their incipient Romanticism, his character pieces share something of Schubert’s harmonic ideas and suggest why Voříšek should be seen as a leading Viennese composer of the first quarter of the 19th century. Voříšek, who only lived 34 years, left little by which his name would live on, having been torn between a desire to compose and the financial safety of a position in the Austrian civil service.

"When I started recording Voříšek's complete piano works, I was very enthusiastic about his music; now that I have finished, I am ebullient. His unique musical language is marked by innovative harmonic thinking and reveals a composer who was ahead of his time. This second album is admirably filled with dedications, shy confessions of desire, insouciance and pleasures. But it also takes us by surprise, making us laugh. Humour in music is a characteristic of the greatest masters."
- Biljana Urban
96 kHz / 24-bit PCM – Grand Piano Studio Masters