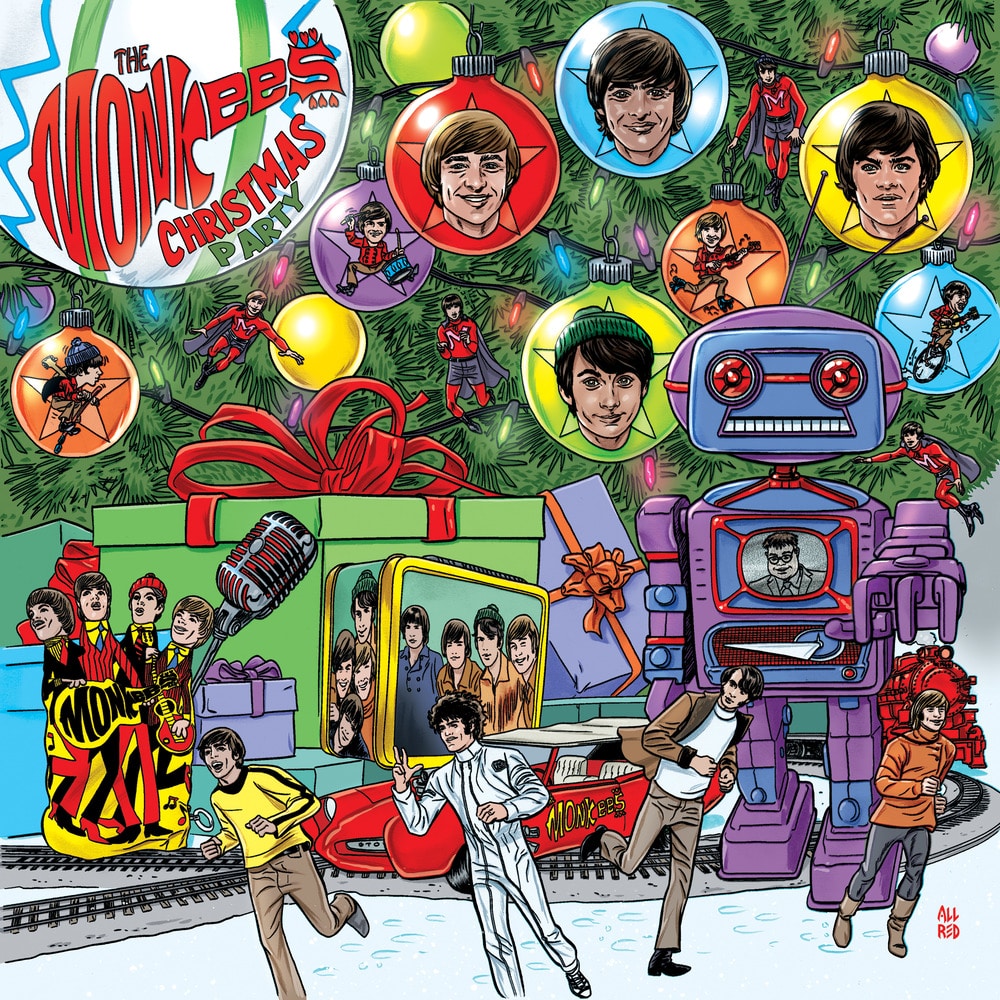 Available in MQA and 48 kHz / 24-bit AIFF, FLAC audio formats
Christmas Party is the thirteenth album by the Monkees. Produced mainly by Adam Schlesinger (with Michael Nesmith's tracks produced by his sons Christian and Jonathan), the album is the Monkees' first to focus on Christmas music. It follows on the success of their 2016 album Good Times! The two-year gap is the shortest between albums since the 1969/1970 releases of The Monkees Present and Changes. The album features surviving Monkees Micky Dolenz, Mike Nesmith, and Peter Tork, as well as two posthumous contributions from Davy Jones. It is the final Monkees album to be released prior to Tork's death in February 2019. The album features a mix of covers of earlier Christmas songs (from "Angels We Have Heard on High" and "Wonderful Christmastime" to the relatively obscure "Jesus Christ" originally by Big Star) and new holiday tunes written specifically for the album by several Good Times! contributors, including XTC's Andy Partridge, Weezer's Rivers Cuomo and Schlesinger.
48 kHz / 24-bit PCM – Rhino Studio Masters