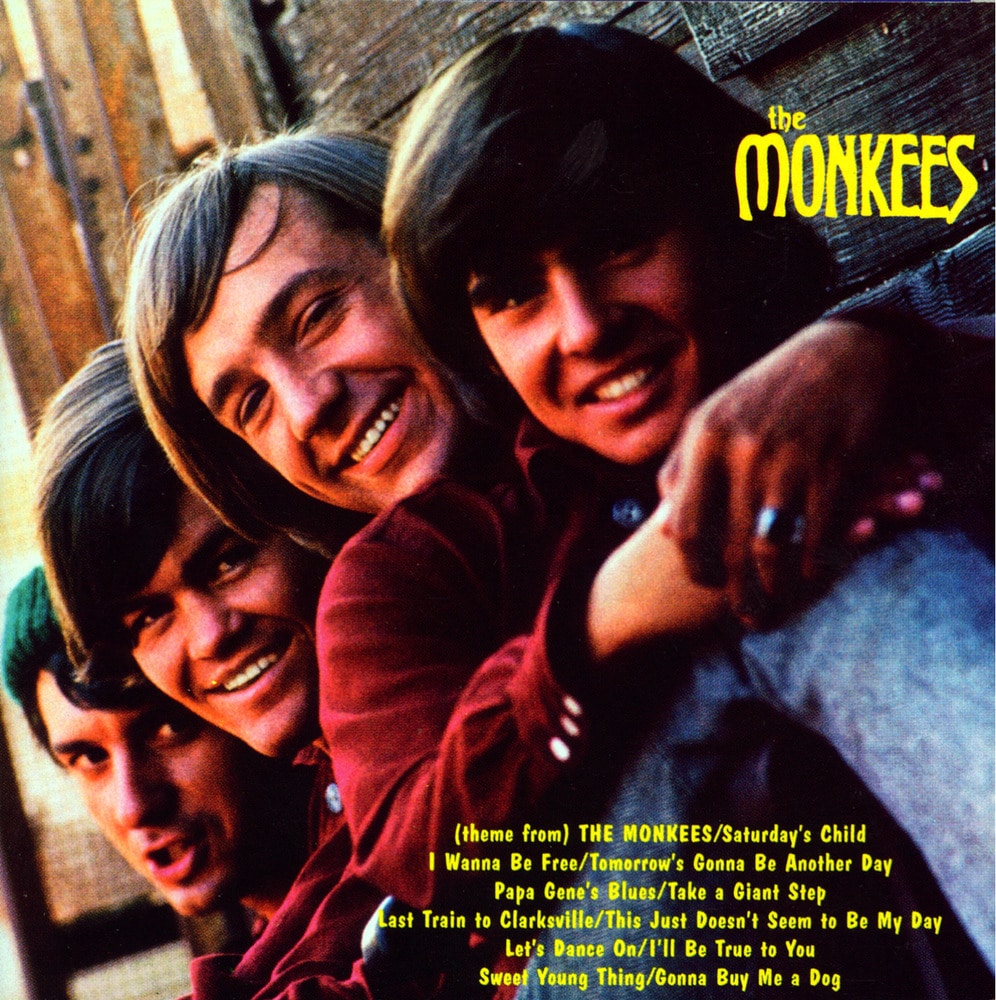 Available in MQA and 192 kHz / 24-bit, 96 kHz / 24-bit AIFF, FLAC high resolution audio formats
- Billboard 200 - #1 (1966-67) The Monkees is the first album by the band the Monkees. It was released in October 1966 by Colgems Records in the United States and RCA Victor in the rest of the world. It was the first of four consecutive U.S. number one albums for the group, taking the top spot on the Billboard 200 for 13 weeks, after which it was displaced by the band's second album. The album was recorded in several separate sessions around Los Angeles from July 5–25, 1966. Early sessions were produced by the trio of Tommy Boyce, Bobby Hart and Jack Keller; later sessions were produced by Boyce and Hart. Michael Nesmith produced two sessions scheduled around the work done by Boyce, Hart, and Keller. Famously, the Monkees were not permitted by their management to function as a working band for this album. Although the album cover credits the band as playing instruments (drums for Dolenz; guitar for the other three members), the group's actual contributions were limited almost entirely to vocal tracks.
192 kHz / 24-bit, 96 kHz / 24-bit PCM – Rhino Studio Masters