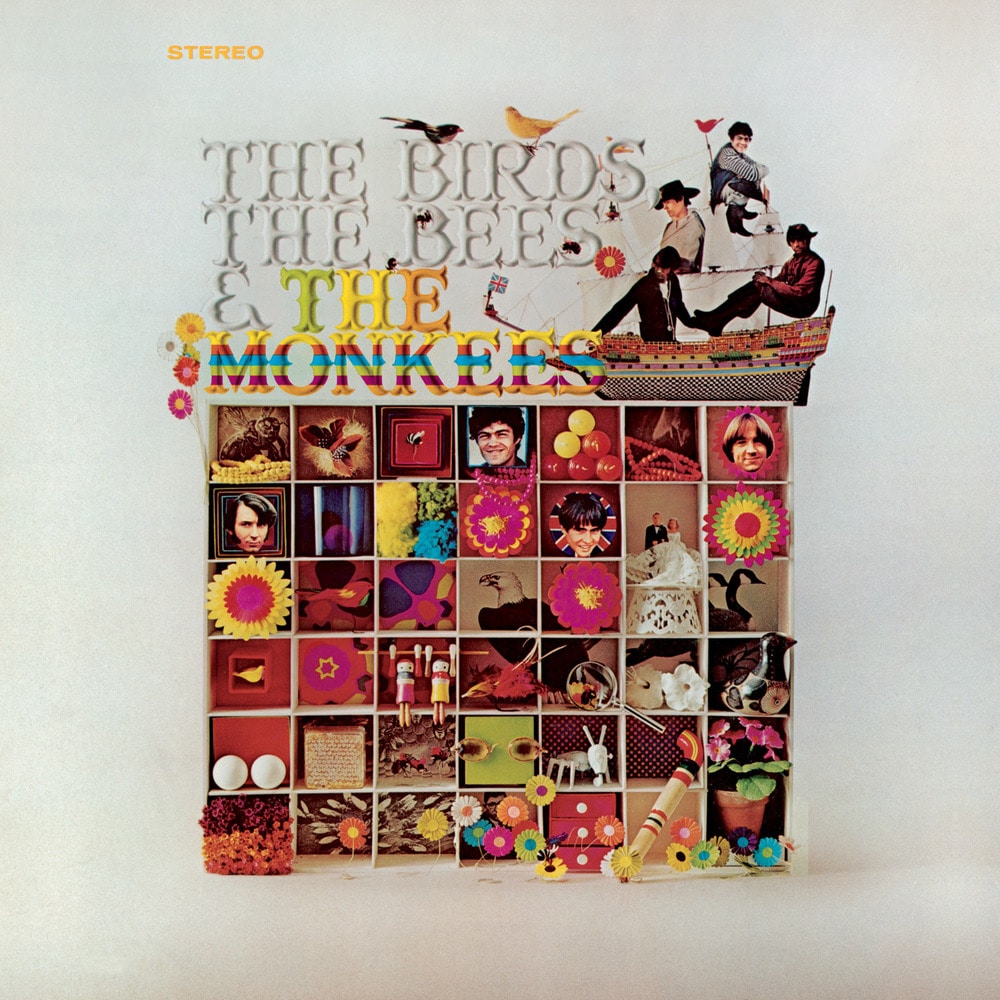 The Birds, The Bees & The Monkees

The Birds, The Bees & The Monkees is the fifth studio album by the Monkees. Released in April 1968.

After gaining complete artistic control over their musical direction and being allowed to play instruments on their own records in early 1967, the success of Headquarters and Pisces, Aquarius, Capricorn & Jones Ltd. began to somewhat rebuff the critics who viewed The Monkees as a band of talentless individuals who were simply lucky enough to gain recognition through their "manufactured" origins.

The Birds, The Bees & The Monkees reverted to the recording process of the first two albums (fewer group dynamics), except now each band member was fully in charge of the sessions. Chip Douglas, producer of the Monkees' previous two albums, fully expected to continue as the band's representative in the studio, but found the individual Monkees more interested in exploring their diverse musical backgrounds with their own friends and associates rather than relying on Douglas as the central figure.
192 kHz / 24-bit, 96 kHz / 24-bit PCM – Rhino Studio Masters