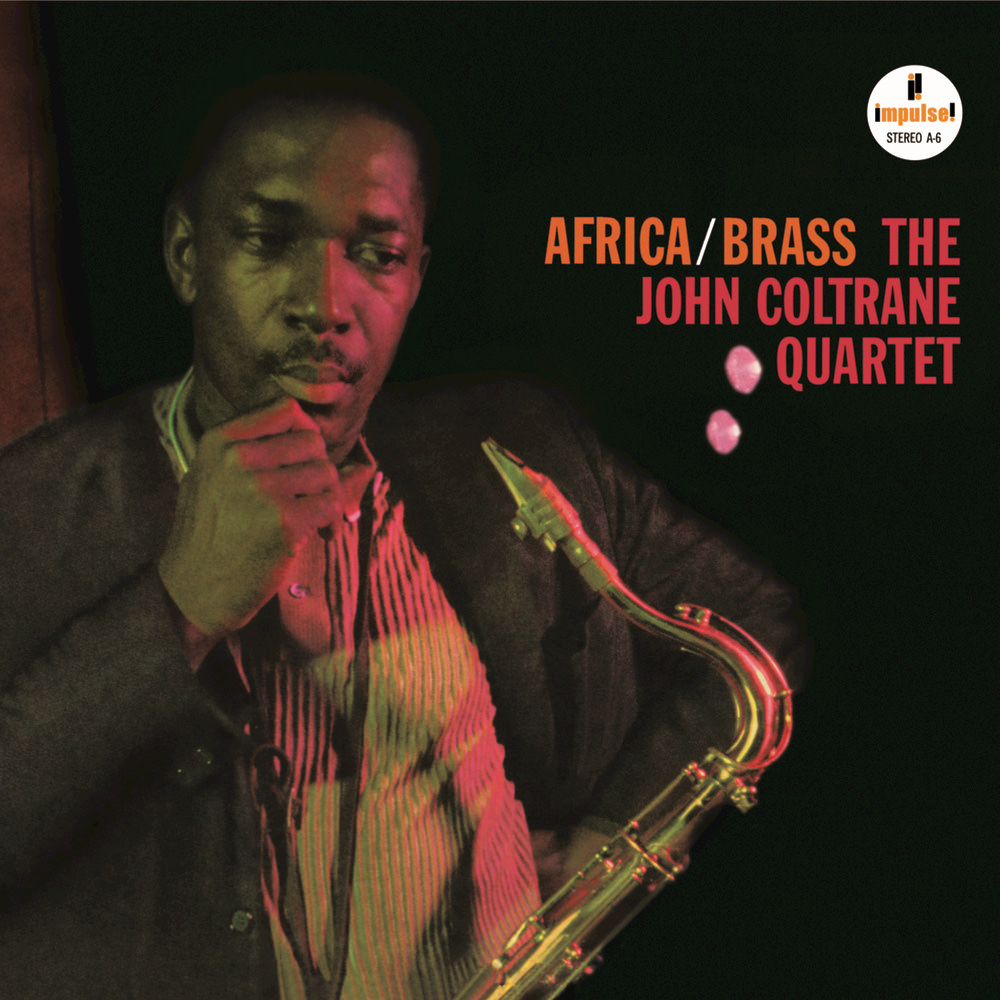 Available in 96 kHz / 24-bit AIFF, FLAC high resolution audio formats
"... Coltrane has done on record what he has done so often in person lately, make everything into a handful of chords, frequently only two or three, turning them in every conceivable way ..." - DownBeat "Figures the only Coltrane album produced by Creed Taylor would be orchestral. But the horns hit like an augmented rhythm section: on Blues Minor, like a second Elvin Jones." - The Village Voice "... Coltrane was strengthening new music with old ideas. He was absorbing source material from West African rhythm and black American spirituals ... aside from Coltrane’s quartet itself there’s a brass section with tubas and euphoniums ... implicitly and powerfully it suggests nature and perseverance. It’s built to be here after you’re gone." - The New York Times Recorded and released in 1961, the big band album Africa/Brass marks John Coltrane's debut for Impulse and was a bold departure for the saxophonist. Coltrane, his quartet and a 15-piece brass section take on the English folk song Greensleeves in addition to two lengthy originals that explore African rhythms.
96 kHz / 24-bit PCM – Impulse! Studio Masters